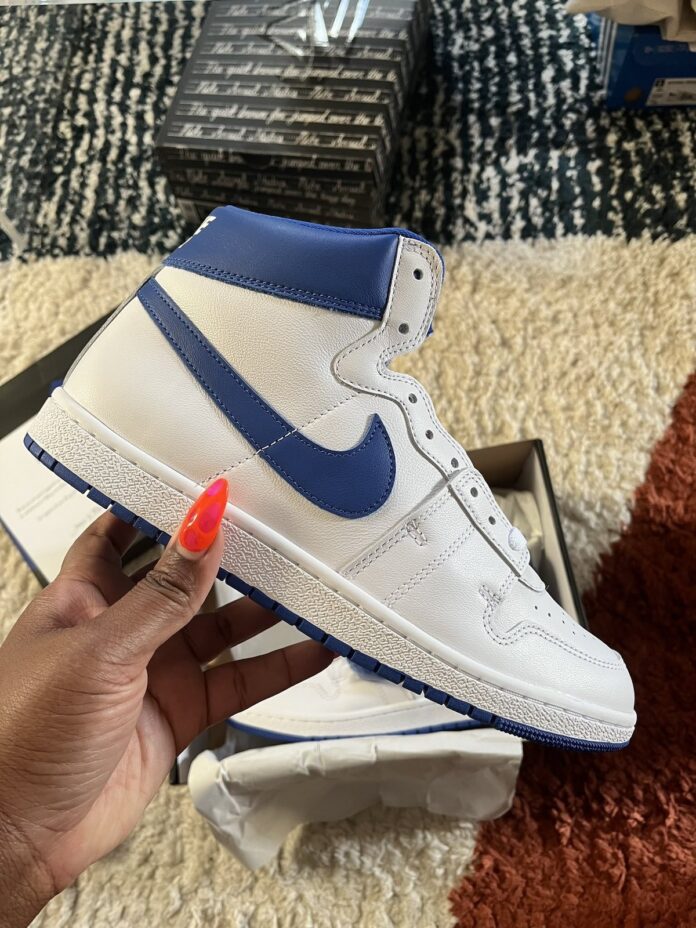 As most of you know by now, Nike is set to bring back the Nike Air Ship later on this year. The last time a Nike Air Ship dropped was back in 2022. For 2022, Nike will be dropping a collaborative iteration of the old school model with none other than A Ma Maniére.

Previewed below, the A Ma Maniére x Nike Air Ship opts to keep aesthetics as simple and versatile as possible. Done in a White and Game Royal color scheme, details include a White leather upper that’s then contrasted by the Game Royal hits that take care of the Swooshes, collar, tongue branding, and rubber outsole. Other details include the White laces, “Nike Air” branding on the heels, and midsole. Special collaborative details include the A Ma Maniére branding on the tongues. Looking to get a pair? It may not be as easy as you think since it looks like this collaboration will be limited to only 2,300 pairs based on the “1613 of 2300” tag on the inside tags on the tongue.

In other release news, the Air Jordan 3 OG Fire Red will be making its return next month.

UPDATE (8/22): Straight from the horse’s mouth, A Ma Maniére has confirmed that their Nike Air Ship Game Royal collaboration will be releasing on August 26th via AMaManiere.com for the retail price of $140. If you are local to A Ma Maniére, you can enter an in-store raffle at all TWG locations beginning today and ending on August 24th.