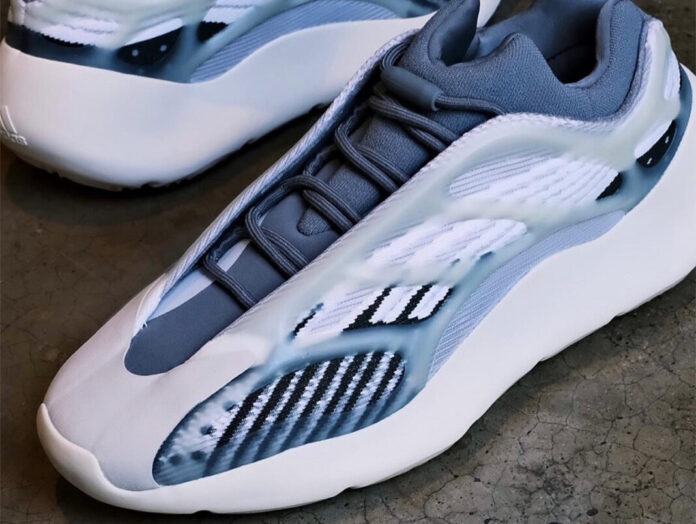 Slated to make its debut in a few months, this new colorway of the adidas Yeezy 700 V3 opts for a White and Black  Primeknit upper that is then paired up with the model’s signature glow-in-the-dark cage overlay. Elsewhere you will find Grey on the tongue and inner bootie as well as light Grey suede toe overlays. A Creamy sole unit with visible Orange pods underneath round out the main features of the sneaker.

In other release news, the Air Jordan 1 High OG WMNS Varsity Red will be releasing on July 23rd.

UPDATE (7/18): sneakertigger gives us an even better look at the adidas Yeezy 700 V3 in the Fade Salt colorway. Current reports still have them releasing during the month of September for the retail price of $210.