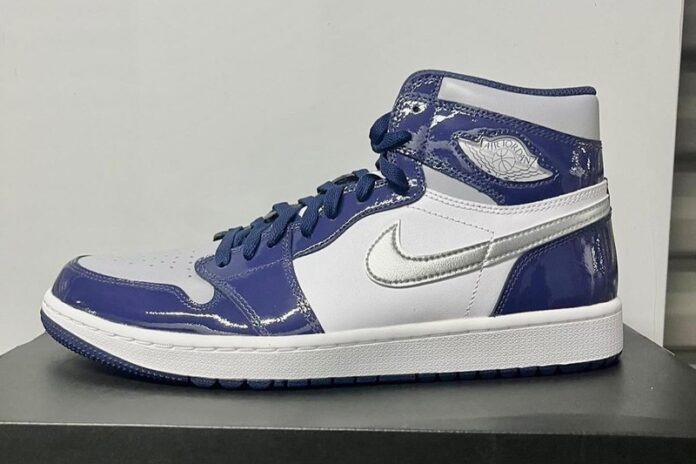 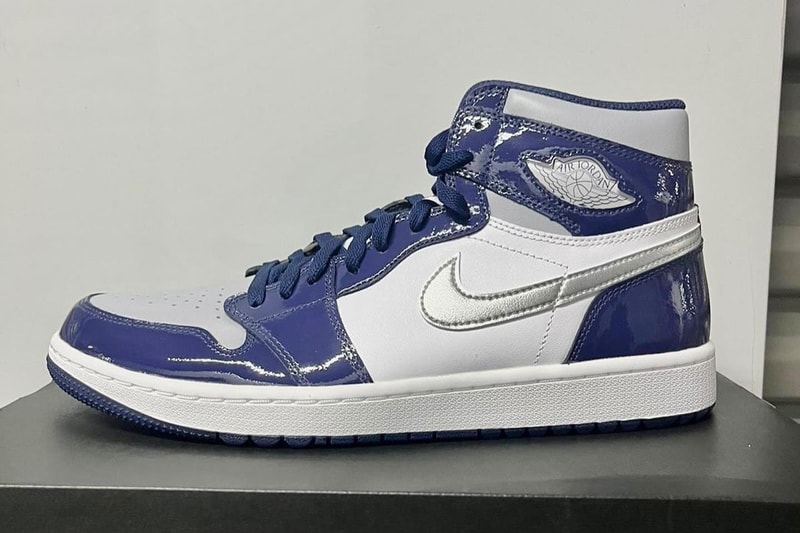 Until recently, golf footwear had next to no lifestyle application. Imagine trying to walk around in a spiked brogue or even something like Tiger Woods' signature Nike Air Zoom Victory tour line — it's simply not doable. However, the continued fusion between sneaker culture and golf has made for a spate of sneakers that serve a purpose on both the links and the streets. Jordan Brand is among the strongest proponents of this narrative thanks to its toothed (but not spiked) iteration of the Air Jordan 1: the Air Jordan 1 Golf, a shoe that's recently started being produced in a classic high-top iteration and has now appeared in a "Midnight Navy" colorway.

Duffers may not immediately see the connection but any dyed-in-the-wool sneakerhead will notice the similarities between this pair and the Air Jordan 1 "Midnight Navy" from the iconic CO.JP line, a shoe that was last released back in 2020. This iteration is a mostly faithful recreation, boasting "Midnight Navy" overlays, white quarter panels and "Metallic Silver" Swooshes plus bauble-style ball-and-wings logos. There are some differences as well, mainly the application of patent leather on the overlays, an altered tongue tag and grey instead of white on the toebox and collar, a shade that's more in line with the Air Jordan 1 Hi '85 "Georgetown" than the "Midnight Navy." Completing the look is a white midsole, a toothed navy outsole with special golf branding and a custom insole with another golf graphic and a more pronounced lip than you'd normally see for extra arch support.

The Air Jordan 1 High Golf "Midnight Navy" has yet to receive an official release date, but will likely touch down in the coming months.