First images have surfaced of the all-new Air Jordan 13 “French Blue” that will be releasing later this year. This new offering of the Air Jordan 13 starts off with a Steel Grey tumbled leather on the toes along with White leather on the overlays which comes with the signature dimples. For color we see the addition of French Blue suede on the mudguards and midsole along with Fire Red Jumpman logos on the tongues. More white detailing on the tongues, laces, inner liner, and midsole, and an outsole done in a mix of white, blue, and grey cap off this Air Jordan 13 that is currently scheduled to release on August 20th for $200.

For a complete guide including official photos, release dates, pricing and where to buy, visit: Air Jordan 13 French Blue.

In other Jordan Brand news, will you cop the Air Jordan 1 High OG Heritage tomorrow? 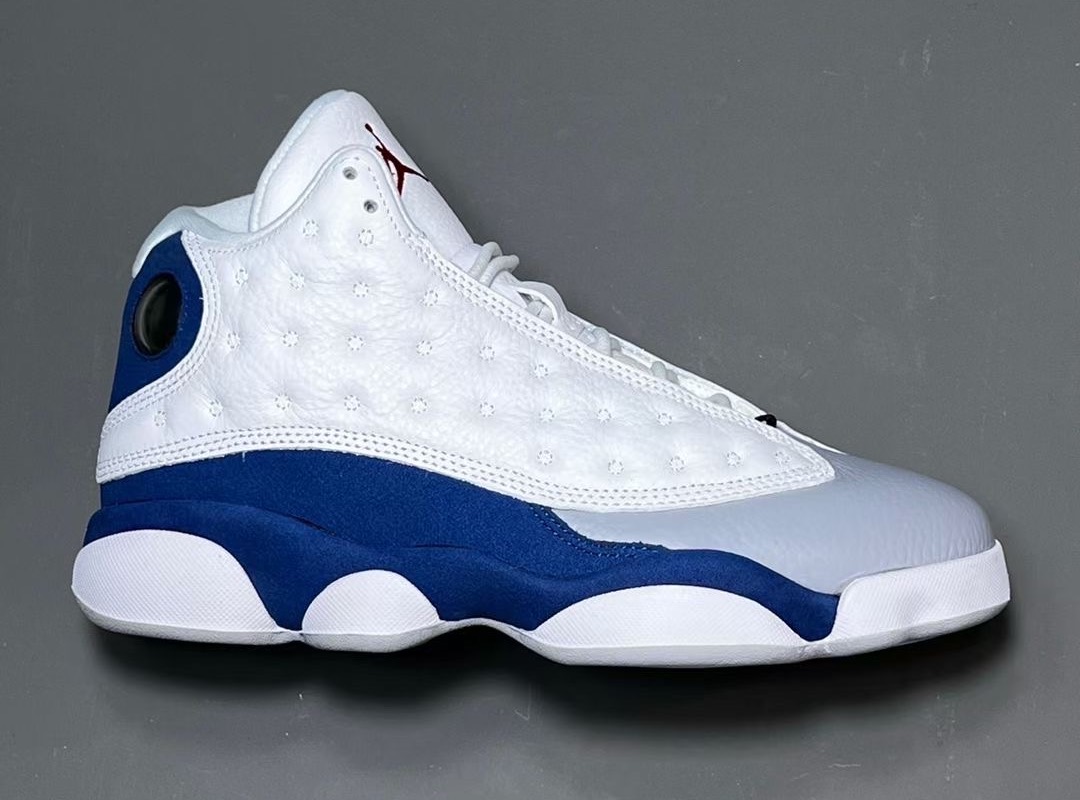 Share
Facebook
Twitter
Pinterest
WhatsApp
Previous articleApple’s iPhone 13 Was the Best Selling Smartphone in Q1, 2022, No Samsung Flagship Made It in the Top Five
Next articleHear Millennium Parade’s Opening Sequence to ‘Ghost in the Shell: SAC_2045’ Season 2