More from Jordan Brand’s purported 2022 lineup is revealed as this Air Jordan 14 Ginger will be one of the notable offerings next year. Essentially inspired by the OG Air Jordan 14 Low “Ginger” that debuted back in 1999, this forthcoming edition is suggested to flaunt the familiar “Ginger/Black-White” color scheme, similar to the aforementioned pair. Overall, the highlight ginger nubuck upper is complemented with a white leather toe box and midsole while black and red accents are scattered throughout.

Retailing for $200, look for the Air Jordan 14 “Ginger” at select Jordan Brand stockists and online on August 17th. Always keep it locked to KicksOnFire for the latest in sneaker news, release dates and where to purchase your favorite kicks.

In related news, are you looking forward to the Air Jordan 4 Black Canvas release?

UPDATE (7/11): Nike shares official images of the Air Jordan 14 Ginger. Current reports still have these making their debut on August 17th for the retail price of $200. 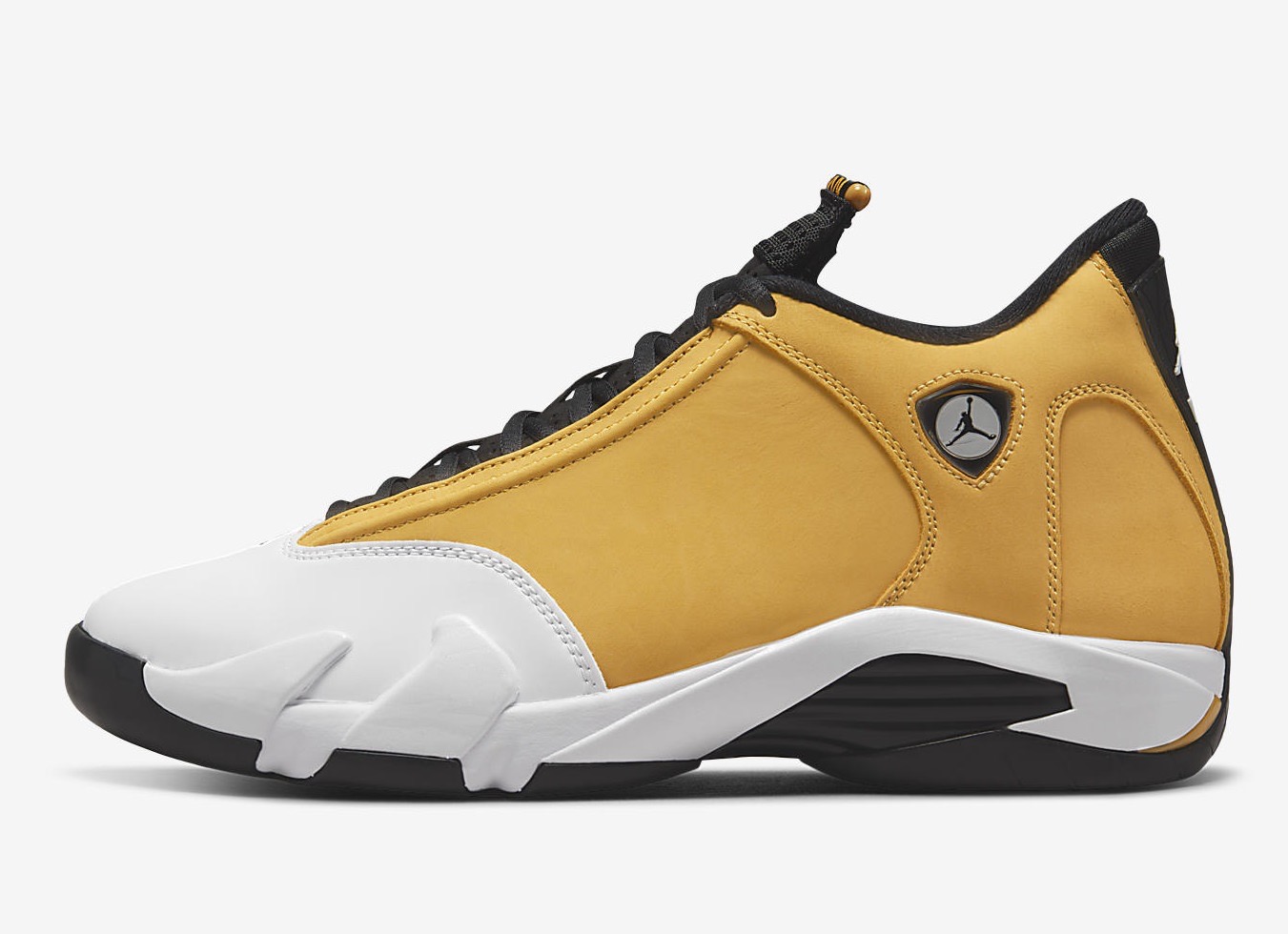 Update: 6/17 – Another close look at the Air Jordan 14 Ginger is showcased, in addition to the accompanying box. Furthermore, reports suggest the sneaker will drop on August 17 for a retail price tag of $200. For more on the silhouette, head on over to the Air Jordan 14.

Update: 6/17 – An initial detailed look at the Air Jordan 14 Ginger is finally unveiled, which showcases the eye-catching profile nicely. The sleek design of the shoe derives from one of Michael Jordan’s Ferrari’s, the F355F1 to be exact. For more on the silhouette, head on over to the Air Jordan 14.