The Air Jordan 5 GS “Pinksicle” is unveiled and it’s the latest iteration of the silhouette that is expected to drop this summer, according to sources. Reportedly inspired by the WNBA, the model dons a feminine color scheme via a “White/Pinksicle-Safety Orange” makeup. Overall, the model dons a white tumbled leather upper with tonal mesh tongues and the signature translucent netting on the side panels. Finally, contrasting pink and orange are prominent on the midsole, inner lining, branded areas, and lace locks, while a pink translucent outsole rounds out the design.

Retailing for $150, look for the Air Jordan 5 GS “Pinksicle” at select Jordan Brand stockists and online on July 1st. Stay tuned for the official release date. Always keep it locked to KicksOnFire for the latest in sneaker news, release dates and where to purchase your favorite kicks.

In related news, here’s when to cop the Air Jordan 3 “Dark Iris”.

UPDATE (6/15): Official images of the Air Jordan 5 GS Pinksicle have been released. Listed as GS exclusive, this new colorway of the Air Jordan 5 is said to be inspired by the WNBA. Look for these to release on July 1st for the retail price of $150. 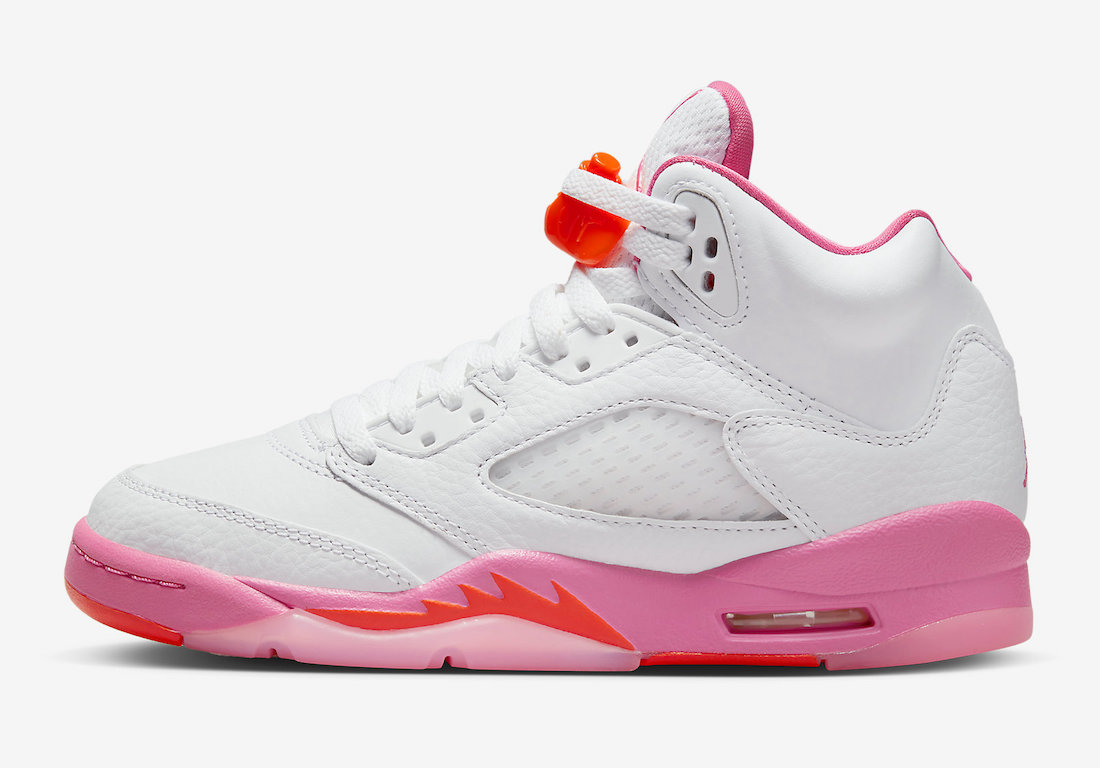