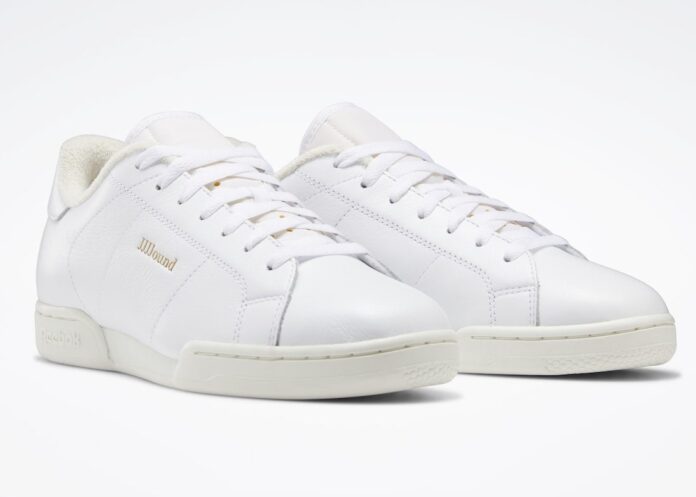 An initial look at the JJJJound x Reebok NPC II is unveiled as this clean variation of the ’80s silhouette by the Tumblr sensation to real life design studio is expected to make its debut soon. Maintaining its clean profile overall, the low-top boasts a white full grain leather upper with cream nylon tongues and terrycloth for its inner lining. Finally, JJJJound branding debossed on the side panels and a white rubber sole rounds out the profile.

UPDATE (7/19): JJJJound and Reebok have provided official release details for their next collaboration, the JJJJound x Reebok NPC II. JJJJound was originally launched in 2006 as a digital mood board exploring the recurring patterns in design. Over the next decade, JJJJound evolved beyond the realm of the Internet and was made tangible by collaborations with artists and brands that share their strong design ethics. The result is a commitment to a different way of thinking; finding new ways to interpret products by respecting their original story.

Originally built for tennis players, the low-top Reebok 1985 NPC returns from the archives. In the ‘80s, the NPC II ruled the court with its soft, all-white silhouette. Today, the men’s shoe returns as a staple. This laid-back take on the 1985 classic has the same clean lines and unique cupsole as the original. This year, JJJJound’s take on the NPC II features multiple minimal variations that give the shoe a wide array of indistinguishable iterations. The variations are mixed and matched throughout the production line. The pairs are sent out at random and customers are not meant to know which exact pair they will receive. The result is a minimal and modern sneaker that prioritizes light colour nuances as a design integrity—staying true to its original identity. Key product details include a full-grain leather upper in white and arctic white variations, terry cloth lining in chalk and white variations, off-white sole unit with 3 varying tread patterns, and debossed metallic gold JJJJound logo.

Priced at $165, the JJJJound x Reebok NPC II is set to launch Thursday, July 21 at 12 PM EST on JJJJound.com and on worldwide channels before receiving a wider global release from Reebok.com and select retailers on August 5.