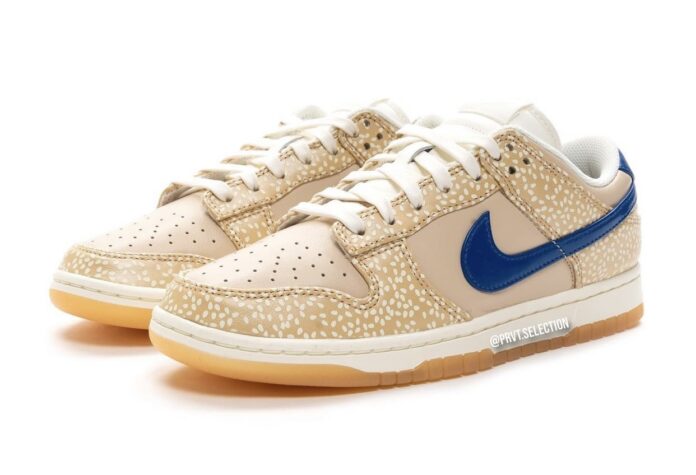 Another new color option of the Nike Dunk Low is headed our way as we take a first look at the “Sesame” pair which is expected to release some time later this fall. Taking on a leather construction throughout the upper, this Nike Dunk Low gets hit with a tan hue on the side panels and toe and is highlighted by a sesame seed print on the overlays. For contrast we see blue detailing on the Swooshes and heel tabs, white detailing on the tongues, laces, and inner liner, hardwood graphic insoles, and semi-translucent gum outsoles.

No release date has been announced yet but be on the lookout for this Nike Dunk Low to release soon for the retail price of $120. Keep it locked to Kicks On Fire for updates. For a complete guide including official photos, release dates, pricing and where to buy, visit: Nike Dunk Low Montreal Bagel.

Here’s your reminder that the Air Jordan 2 Lucky Green releases next month. Will you cop? 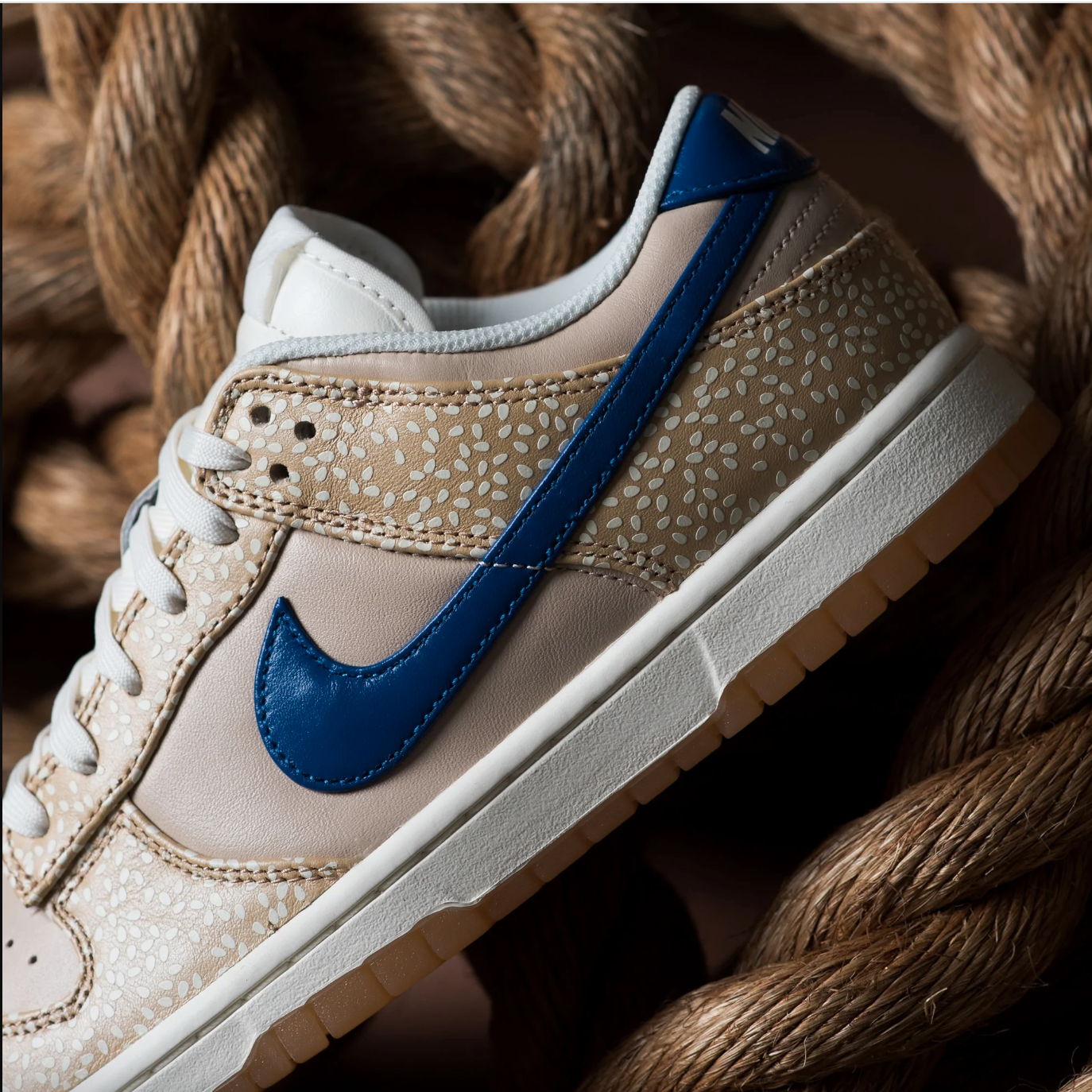 UPDATE (1/4): Nike announces that the Nike Dunk Low “Montreal Bagel” will be releasing via SNKRS and select retailers on January 17th for $120.

You know the saying: The sweeter the bagel, the sweeter the Dunk. Bringing fresh-baked style to the streets, this delicacy of a design rings you in with carb-lover colors, plus a pinch of Montreal blue for an extra shout-out to the city from la belle province. Garnished with sesame seed graphics and finished with a gum-colored sole, it’s satisfyingly easy to style—’cause everything goes better on top of a bagel.

UPDATE (8/12): Here are official images of the Nike Dunk Low Sesame. Current reports still have these releasing later on this year. UPDATE (8/1): Yankeekicks provides us with on-feet images of the Nike Dunk Low Sesame. 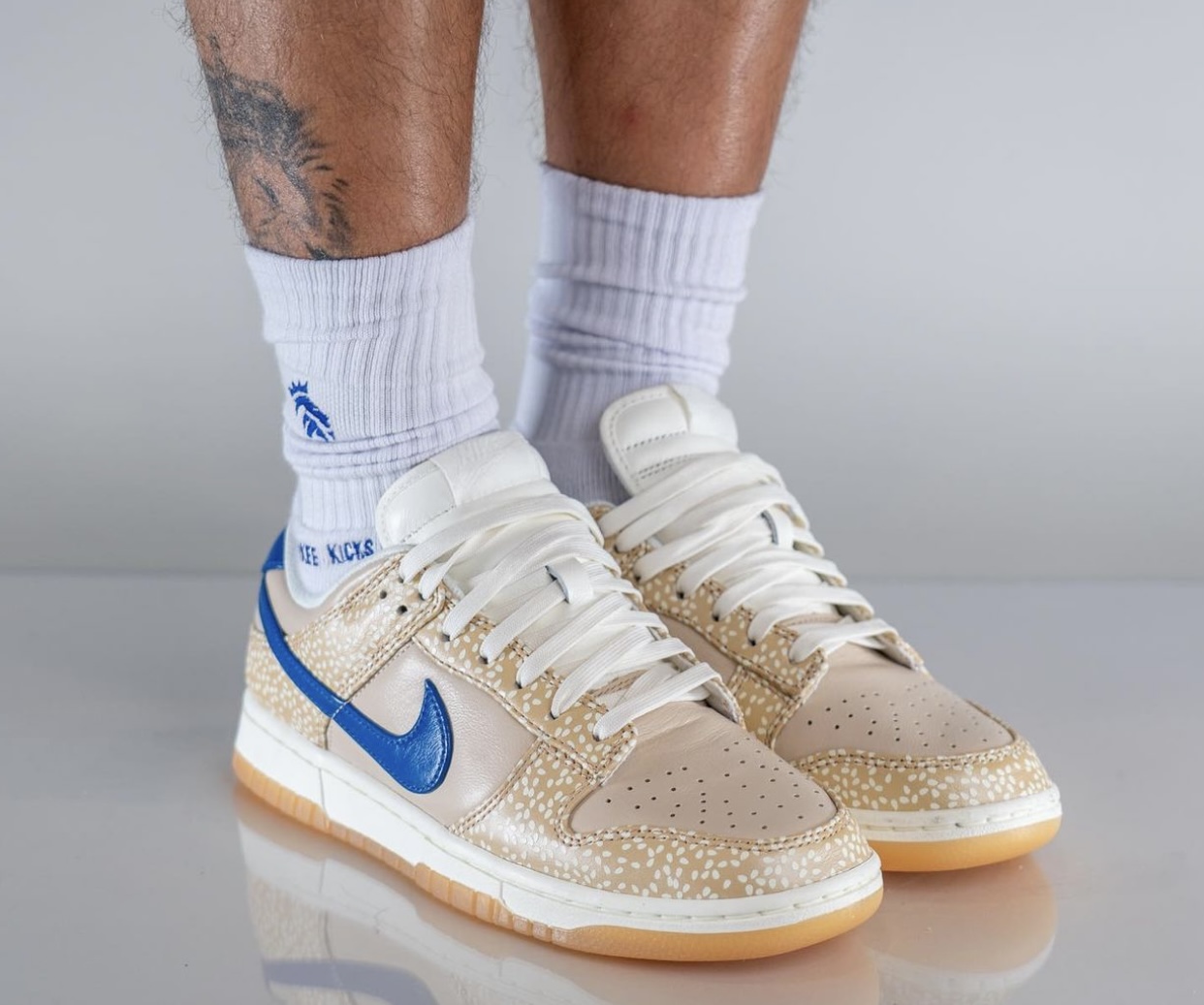 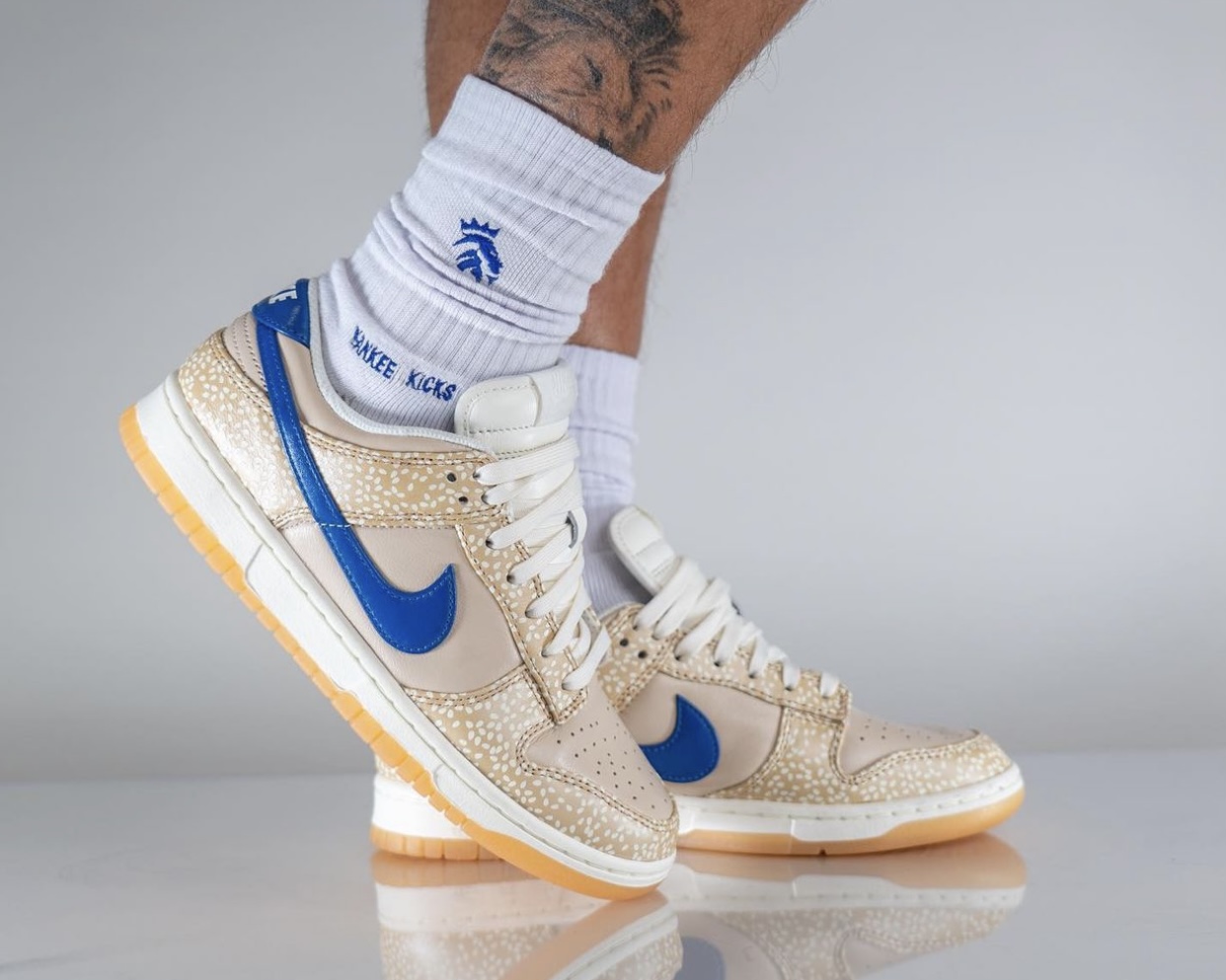 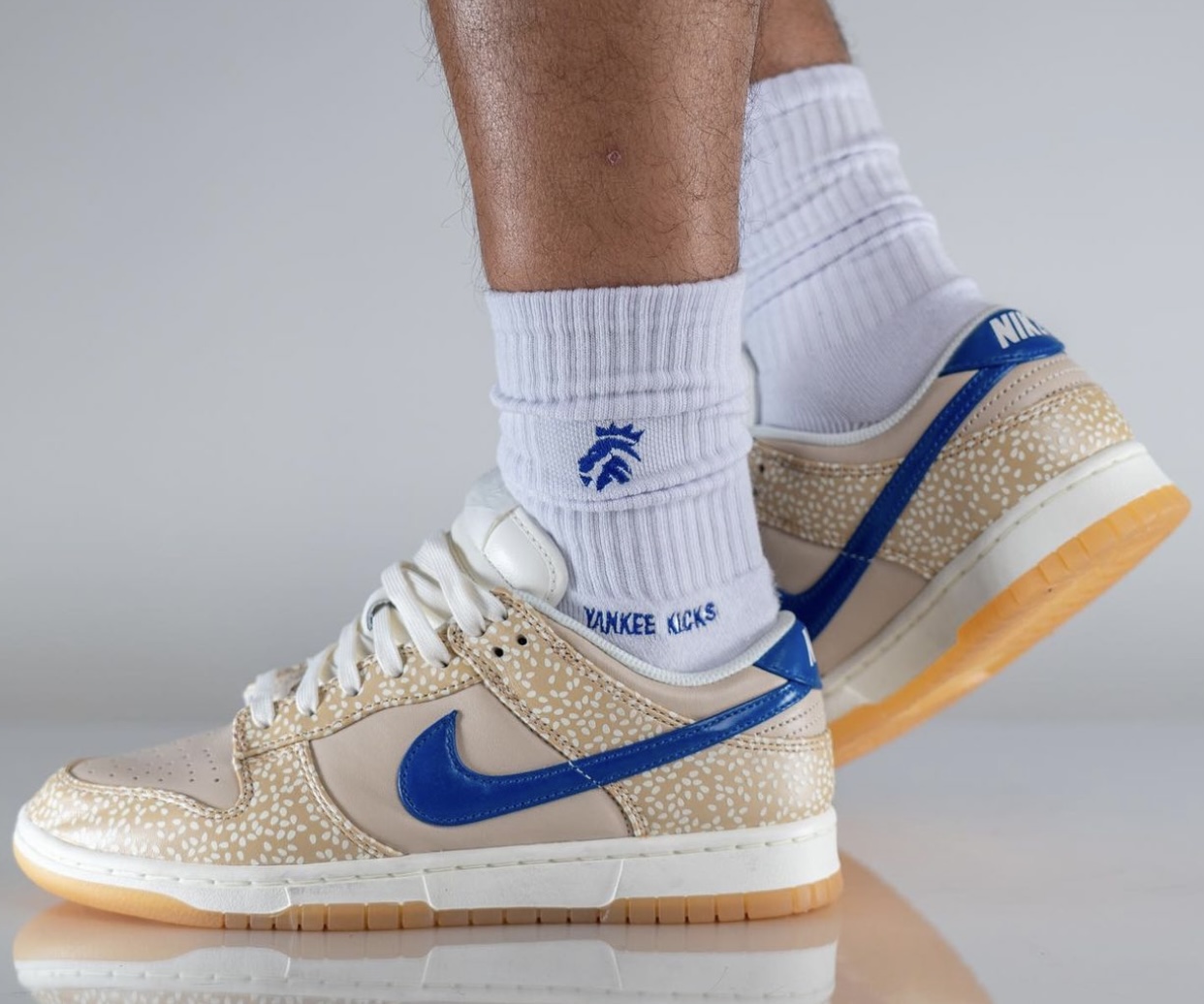