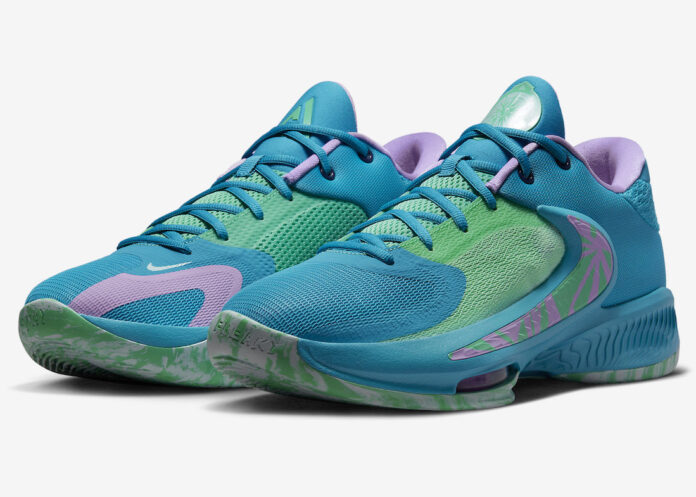 Now that Giannis Antetokounmpo’s has been unveiled, expect more colorway of the superstar’s latest signature model to begin surfacing. That being said, here is a first look at the Nike Zoom Freak 4 in the Laser Blue colorway.

Shown below, this new makeup of the Nike Zoom Freak 4 comes dressed in a Laser Blue, Lilac, and Light Menta color scheme. As previously mentioned, the Nike Zoom Freak 4 opts for a lower cut design when compared to past Giannis models. Standout design details include the large reverse Swoosh on the lateral and the visible Zoom Air pod on the forefoot. This pair is highlighted by the marble/tie dye motif used on the Swoosh and outsole.

UPDATE (9/26): Nike unveils official images of the Nike Zoom Freak 4 “Laser Blue” that is expected to release on October 18th for $130. 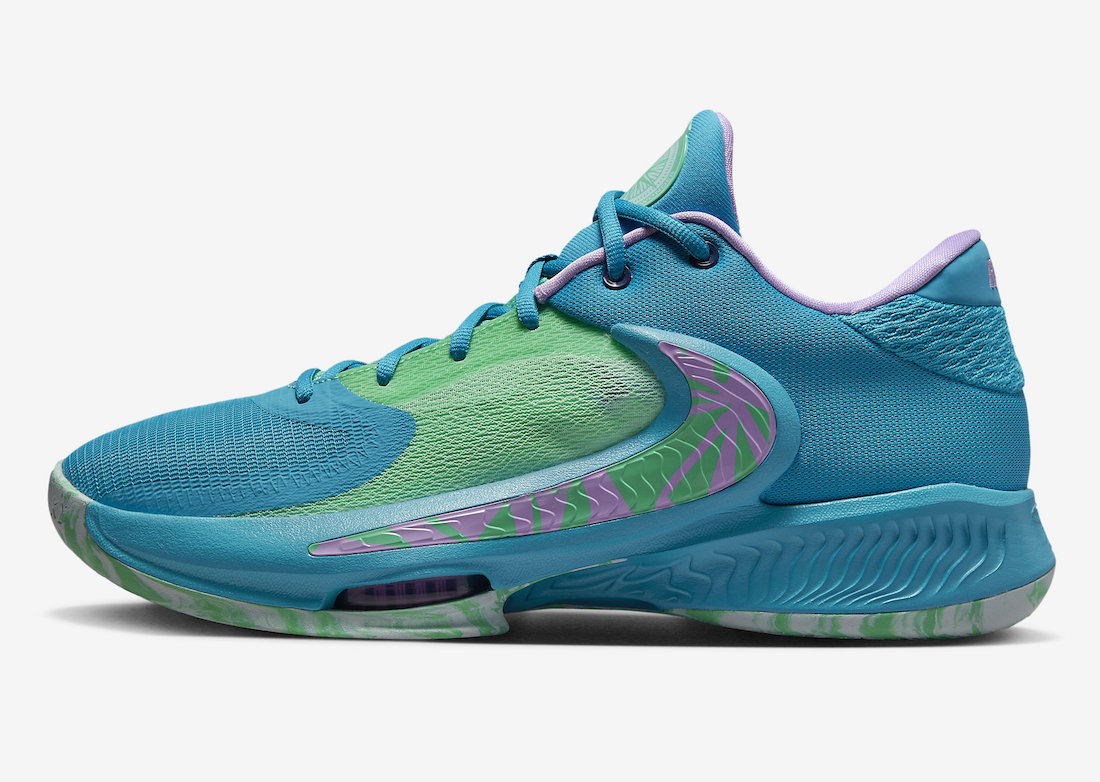