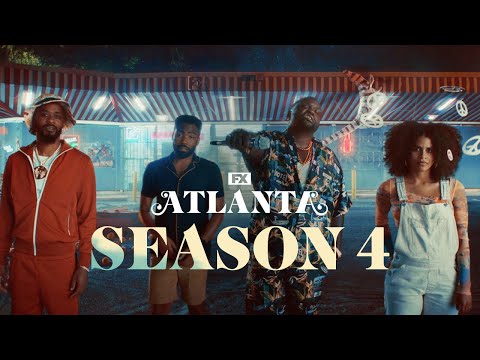 FX on Friday dropped off a new teaser for the fourth and final season of Atlanta, its popular comedy-drama series helmed by Donald Glover.

The trailer sets the scene outside of a liquor store, where a crocodile climbs up the side of the building, a piano falls from the sky and an ostrich hatches out of an egg and grows to its full form instantaneously, among several other wild scenes. In the closing sequence, the series' main squad — Earn (Glover), Paper Boi (Brian Tyree Henry), Darius (LaKeith Stanfield) and Van (Zazie Beetz) — falls through the ground, and a neon sign on the building confirms that the season will premiere in September.

Atlanta season three premiered in March and concluded its run in May, leaving fans with only four months to wait for the next installment. Notably, viewers waited roughly four years between season two and season three.

Glover previously announced that Atlanta will end after the fourth season. “All good things end," Glover told Variety about his decision to end the show. "It felt like it was time to end. I don’t like it when people [are] 40 pretending like they’re 15 and shit. It’s annoying.”

Watch the latest teaser for Atlanta season 4 above.

In more entertainment news, the first official poster for Christopher Nolan's Oppenheimer has been revealed.