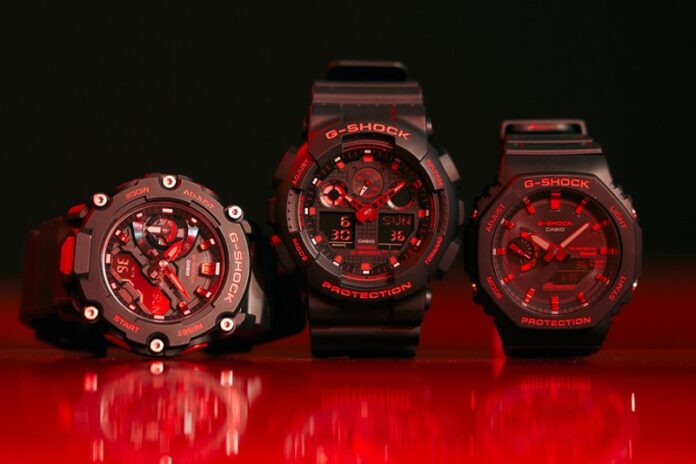 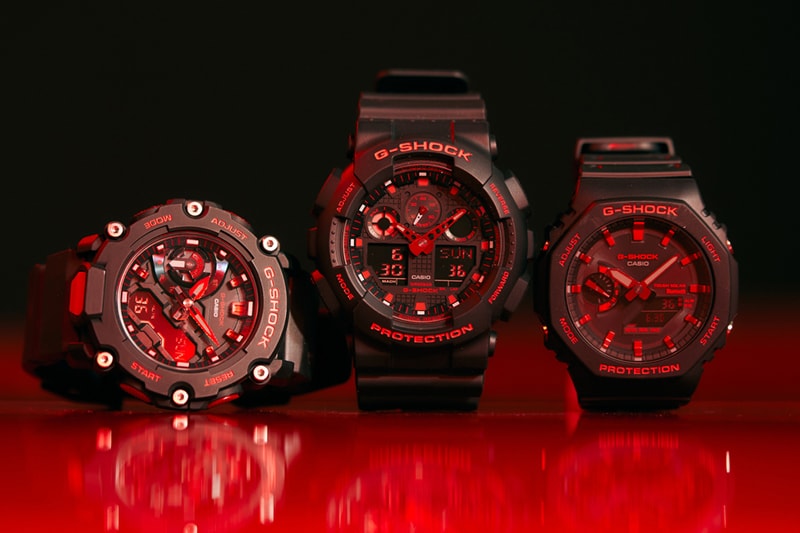 G-SHOCK’s Ignite Red series is finally here. New models will live among the brand’s most rugged, tactical lineup, including the GA-B2100BNR-1A, GA-2200BNR-1A, GA-100BNR-1A and GA-700BNR-1A. Signature models — like the octagonal GA-B2100 and the oversized GA-100 — are enveloped in a striking black-and-red color combination that embodies the brand’s signature ruggedness and the lineup’s multidimensional facade. G-SHOCK’s Ignite Red series is a robust and heavy-duty offering for tech-forward watch fans. The range provides analog-digital functionality and an indisputable shock-resistant build durable enough to withstand extreme sporting, like skating, biking and mountain sports. The GA-2200BNR-1A boasts an eye-catching case and bezel punctuated by four screws interlocking the case and band. It's built with a carbon fiber core and features a countdown timer, up to five daily alarms and G-SHOCK’s proprietary Super Illuminator and double LED backlighting. The octagonal GA-B2100BNR-1A shares commonalities with the former but is equipped with innovative tech distinguishing the brand's most dynamic models, like Tough Solar and Bluetooth connectivity through Casio’s Smartphone App — along with a hand-shift feature and world time in approximately 300 cities.

The widest of the range by 57.5 millimeters, the GA-700BNR-1A is fashioned with a resin case and band. Adjustments to the stopwatch, Super Illuminator LED, mode settings and display are made using the oversized nodules accentuating the industrial case. The GA-100BNR-1A is an ultra-tough middleweight measuring 55mm wide, engineered with ISO 764-compliant magnetic resistance and an auto LED light in amber. Graphic design elements differentiate each bezel. Fiery, red accents adorn each piece, and familiar specs return to the series: 20-bar water resistance, shock resistance, five daily alarms and world time.

Catch a glimpse of the collection in action in the lookbook above. Shop and browse the Ignite Red series on G-SHOCK’s website, and learn more about the brand’s most recent models here.