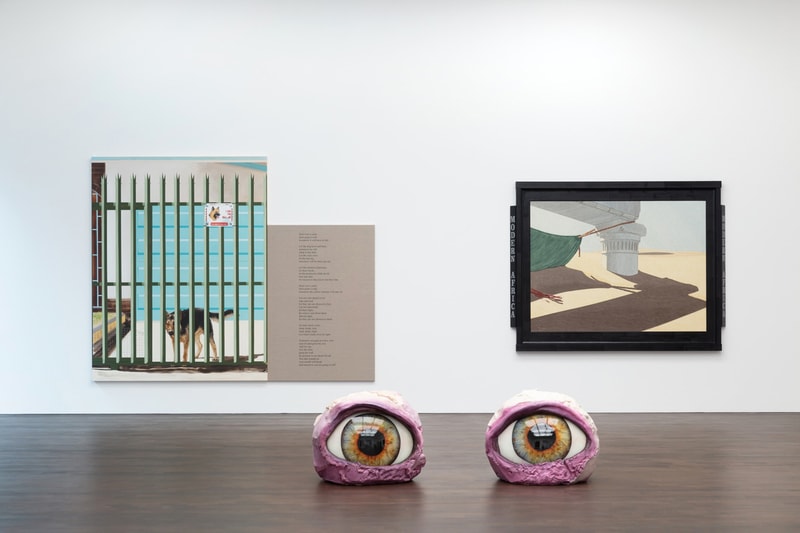 Haunted Realism is a new group exhibition at Gagosian featuring the work of more than 30 acclaimed artists, including Meleko Mokgosi, Ed Ruscha, Jenny Saville, and Tatiana Trouvé. The title of the show is inspired by 'hauntology', a term used by Jacques Derrida in his 1993 book, Specters of Marx, to describe the notion of Marxism to “haunt Western society from beyond the grave.”

At the core of the exhibition is the idea that the aspirations of modernity have slipped into a decayed state, or a "lost future," where these objects and images exist now as a shell of the promise they once represented. Mapped across the entirety of the gallery are unique instances in which each artist interprets these "lost futures" — from painting, photography, drawing and sculpture.

From Urs Fischer's stark meditation on neoliberalism to Tetsuya Ishida's commentary on the isolation Japan experienced during the period known as the "lost decade." Though disparate in appearance and subject matter, each artwork is united through the feeling that the truths of realism come with suspicion as conspiracy theories gain traction — casting a shadow on the present and haunting the future.

Haunted Realism is on view at Gagosian's Grosvenor Hill location in London until August 26.