HomeEntertainmentHere's a First Look at the Blue Beetle Costume from the Upcoming...
EntertainmentStyle 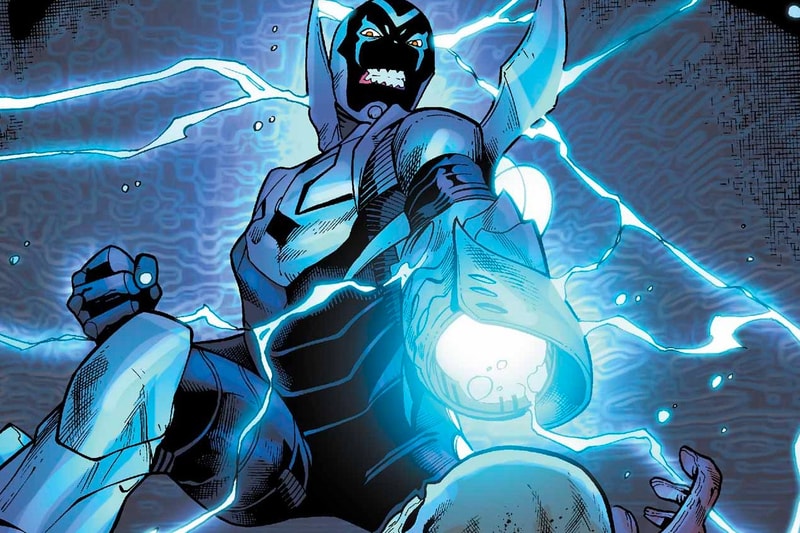 Fans were given a first look at DC Comics' first-ever Latinx superhero Blue Beetle, played by Cobra Kai's Xolo Maridueña. Comic lovers were pleased to see that the costume has lived up to its concept art as, rather than relying on CGI components, the suit was largely handmade and physical.

Pleased with the positive reaction, Maridueña himself took to social media to thank all of his supporters. Full spy shots of the suit can be found below with the full set available over at JustJared. Look for the film to release on August 18, 2023, in theatres.

What's even crazier to me about these set pics of @Xolo_Mariduena in costume as #BlueBeetle is that the guy behind him in the Pym Tech shirt is my old roommate... and was my model for the character of Paco in the comic. He's a crew member on the film, no lie. pic.twitter.com/SxzAwuXb1h

Blue Beetle is my most anticipated DC movie of 2023 especially after seeing the insane & crazy stunts that Xolo Maridueña is doing for this movie! pic.twitter.com/mbM5d3scbI

In other entertainment news, here's everything coming to and leaving Netflix in June 2022.