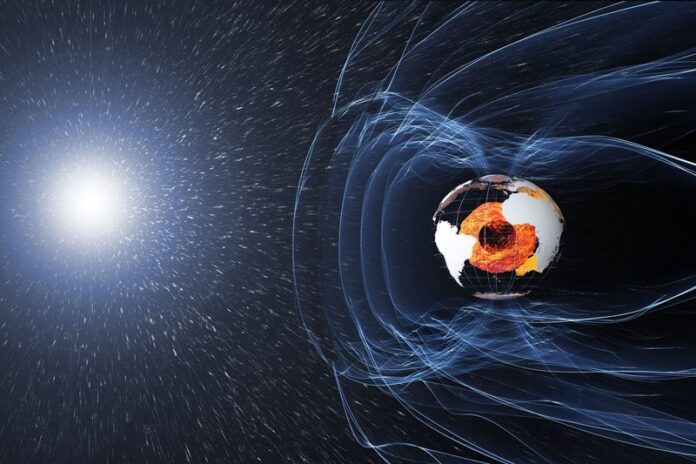 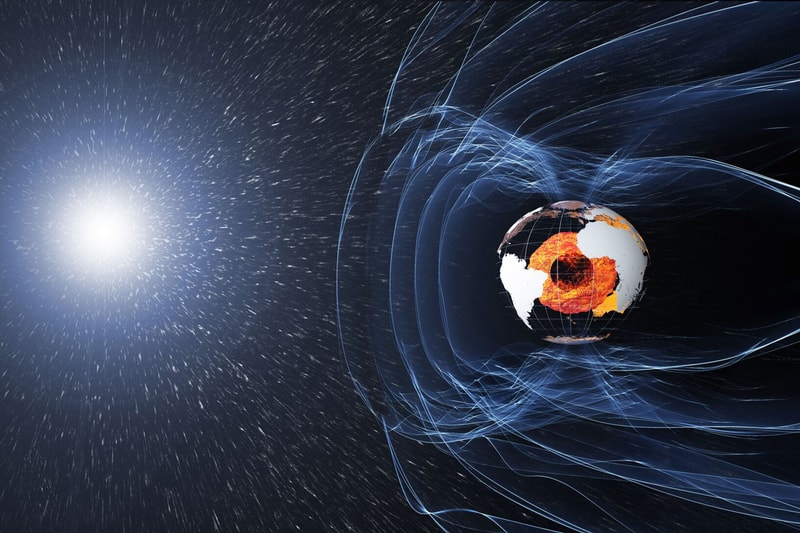 The magnetic field that surrounds Earth can't normally be seen or heard — but scientists at the Technical University of Denmark, working with the European Space Agency, have taken magnetic signals from three of the ESA's satellites and converted them into sound, making for an audio clip that's both haunting and eerily beautiful. Just over five minutes in length, the clip represents a geomagnetic storm that resulted from a solar flare on November 3, 2011.

With plenty of deep rumbles, gurgles and clanking plus crackling noises that conjur images of electric sparks, the recording sounds like it's straight out of a sci-fi movie, a long-dormant leviathan coming to life in all its beauty and terror. “The team used data from ESA’s Swarm satellites, as well as other sources, and used these magnetic signals to manipulate and control a sonic representation of the core field," said Technical University of Denmark's Klaus Neilsen, who went on to aptly describe the recording as "pretty scary."

The magnetic field protects the earth from charged particles and cosmic radiation, and, as mentioned above is rarely visible, save for the occasional aurora borealis seen in the high Northern latitudes: blue-green light produced by collisions between Earth's oxygen and nitrogen and the aforementioned particles/radiation. However, hearing via the recordings from the satellites is a largely new phenomenon. NASA recently released audio of what a black hole sounds like, and the agency shared an audio clip magnetic field activity around Ganymede, one of Jupiter's moons in 2021.

Besides the audio clip, the Technical University of Denmark is putting on a sound installation in Copenhagen's Solbjerg Square this week, with 30 loudspeakers that will play the magnetic field's "sounds" three times a day until October 30. "[We've] set [the installation] up so that each speaker represents a different location on Earth and demonstrates how our magnetic field has fluctuated over the last 100,000 years," said Nielsen.

Check out the clip above, and for more space news look at a stunning image of the "Pillars of Creation" that was captured by the James Webb Space Telescope.