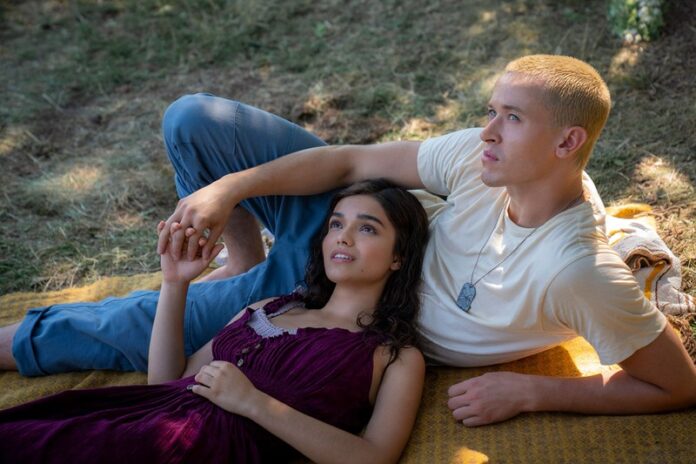 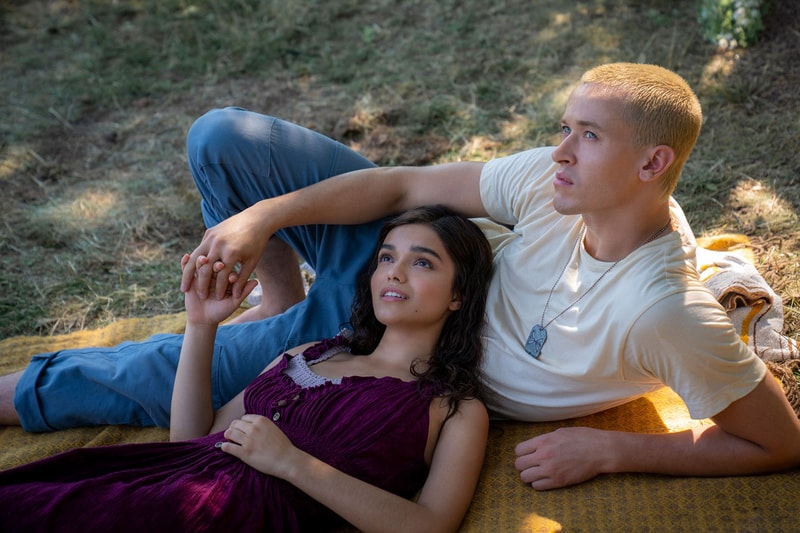 Lionsgate on Tuesday shared an official first-look image from its upcoming Hunger Games prequel, The Ballad of Songbirds and Snakes, courtesy of Vanity Fair. The captivating visual sees Rachel Zegler, in the role of Lucy Gray Baird, and Tom Blyth, as a young Coriolanus Snow, holding hands in a grass field and staring longingly into the distance.

The forthcoming film, which is set approximately 64 years prior to the events of the original Hunger Games trilogy, is based on Suzanne Collins' 2020 novel of the same moniker. The movie centers on the 10th annual Hunger Games and follows an 18-year-old Snow, who is assigned to mentor District 12's female tribute, Lucy. According to the official logline, the story goes as follows: "After Lucy Gray commands all of Panem’s attention by defiantly singing during the reaping ceremony, Snow thinks he might be able to turn the odds in their favor. Uniting their instincts for showmanship and newfound political savvy, Snow and Lucy’s race against time to survive will ultimately reveal who is a songbird and a snake.”

"This is a love story," filmmaker Francis Lawrence, who previously directed the first three Hunger Games movies, told VF. "It's this kind of love story set in a different kind of a world in a different time. A very intimate love story."

Aside from Zegler and Blyth, we know that Peter Dinklage is on board to play Casca Highbottom; Hunter Schafer has been cast as Snow's cousin, Tigris Snow; and Josh Andrés Rivera will appear as District 2 mentor Sejanus Plinth.

The Hunger Games: The Ballad of Songbirds and Snakes is scheduled to premiere in theaters on November 17, 2023. Indulge in the first-look image above.