Get An On-Feet Look At The Air Jordan 5 Concord

Previously suggested to debut in July, the Air Jordan 5 “Concord” is now slated to make its debut in August, according to sources. Overall, the silhouette dons an official color scheme of “White/Concord-Black,” with the pristine hue covering its leather upper while its punctuated with hits of Concord throughout. Finally, 3M reflective tongues, a black midsole, and an icy translucent outsole rounds out the profile nicely.

For a complete guide including official photos, release dates, pricing and where to buy, visit: Air Jordan 5 Concord.

Retailing for $200, look for the Air Jordan 5 “Concord” at select Jordan Brand stockists and online on August 13. Always keep it locked to KicksOnFire for the latest in sneaker news, release dates and where to purchase your favorite kicks.

In related news, here’s when to cop the Air Jordan 3 “Desert Cement”.

ABOUT THE MODEL: The Air Jordan 5 is no stranger to using Purple on it’s designs (see Air Jordan 5 Grape, Alternate Grape, Bell Air, etc), but this new release will mark the first time that the Concord shade of Purple is utilized on Jordan’s 5th signature sneaker. Made popular by the Air Jordan 11, will this Concord iteration of the Air Jordan 5 be a hit or a miss? What are your thoughts on using popular color schemes from one Jordan retro and using it on another model?

UPDATE (7/13): Yankeekicks provides us with on-feet images of the Air Jordan 5 Concord. Said to be releasing in full family sizing, look for these to drop on August 6th for the retail price of $200. 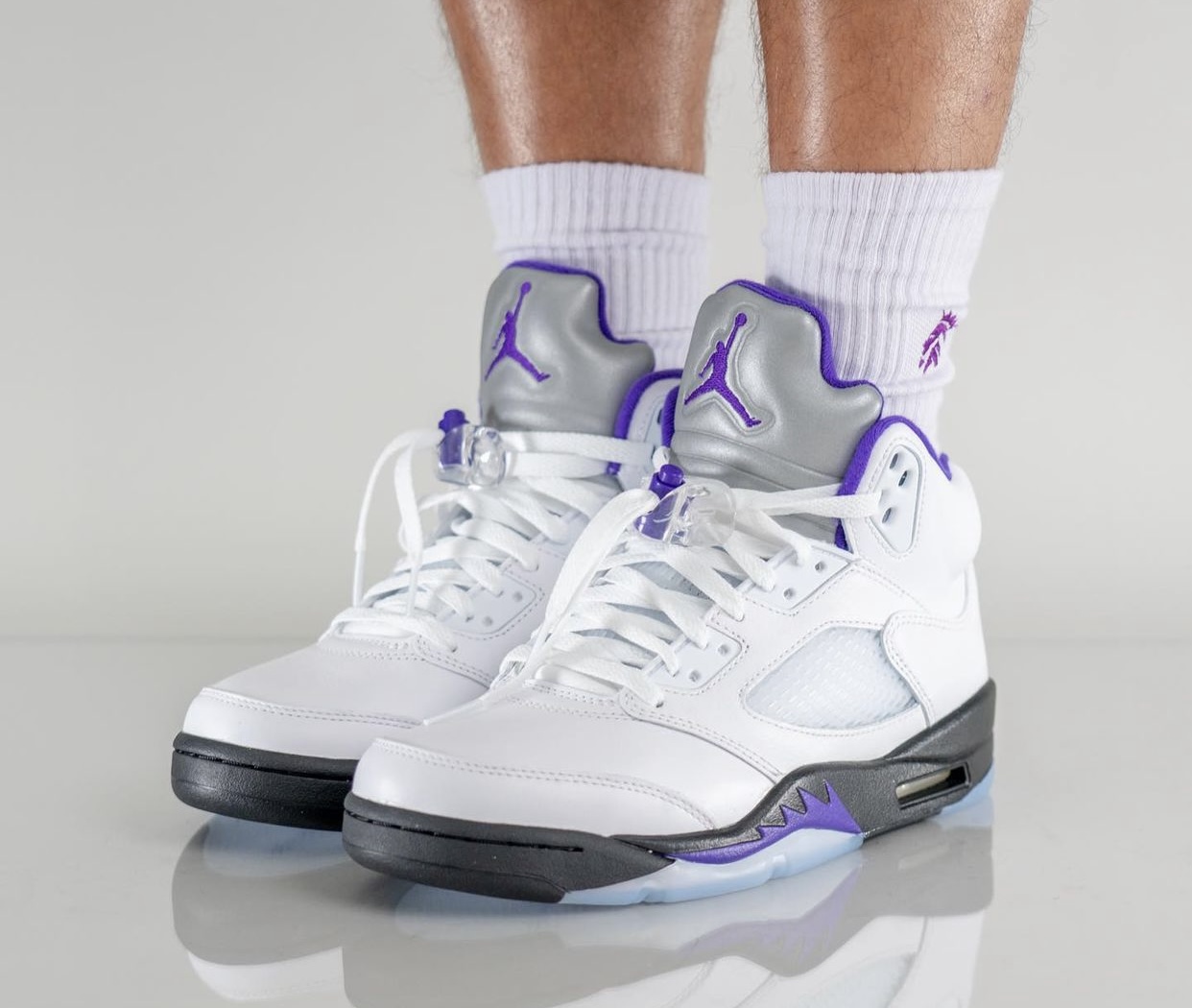 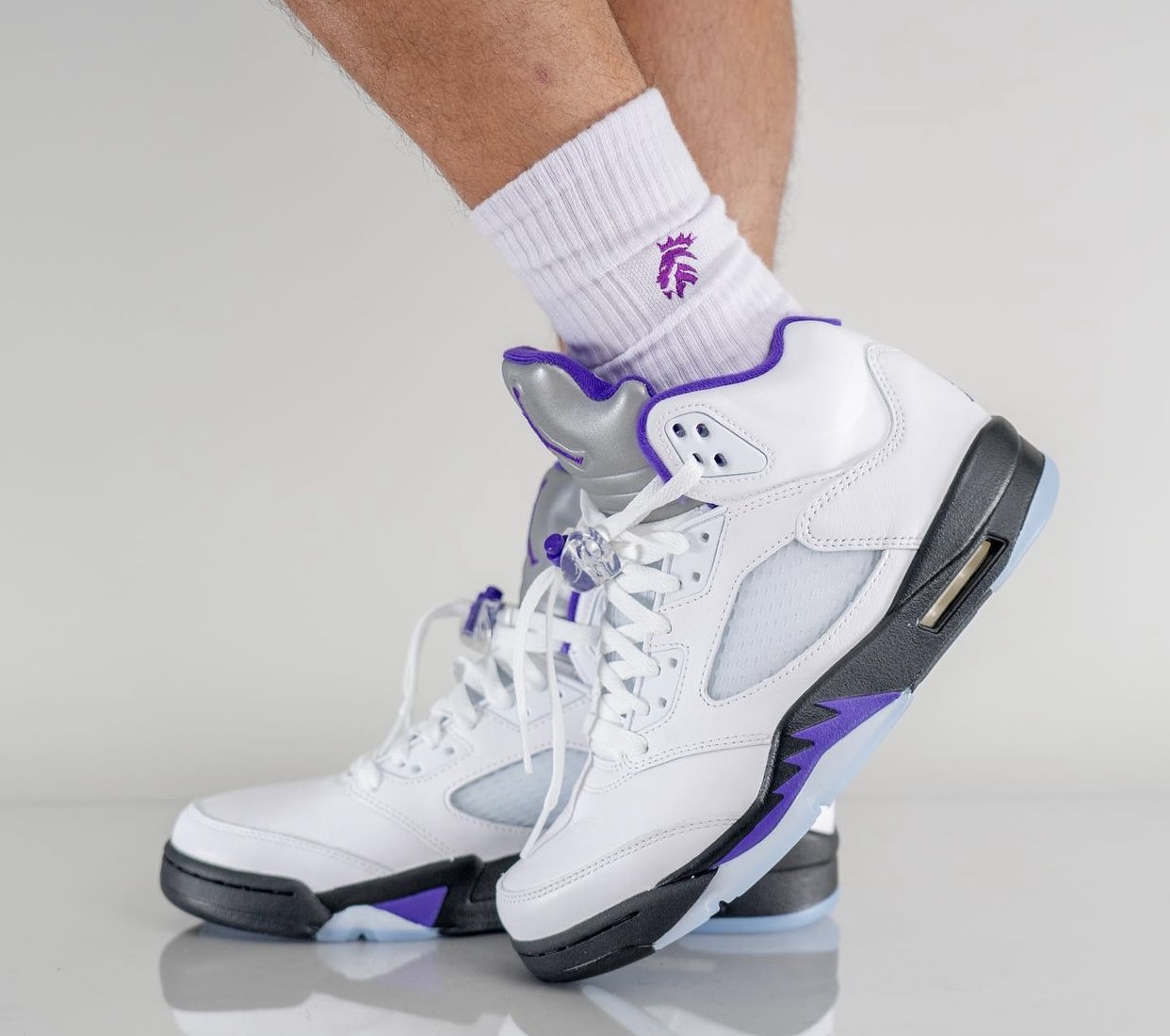 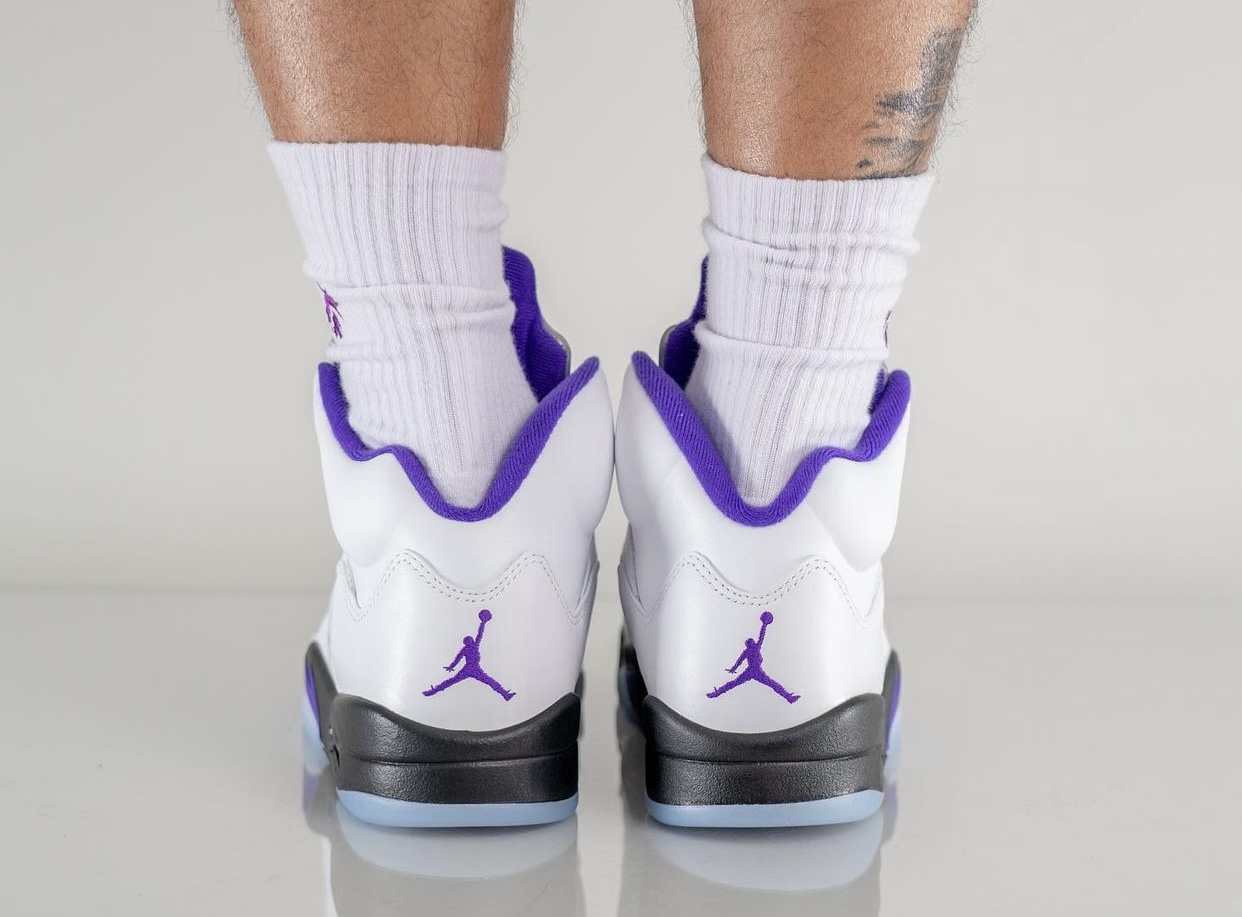 UPDATE (7/11): Nike shares official images of of the Air Jordan 5 in the Concord colorway. Current reports have this brand new colorway of the model release on August 12th for the retail price of $200.

UPDATE (6/27): In-hand images of the upcoming Air Jordan 5 “Concord” courtesy of kenrockgotem which is expected to release on August 13th. The new Air Jordan 5 is highlighted by a white leather upper and it accented by Concord Purple detailing on the inner liner, the shark teeth on the midsole, and the Jumpman logos on the 3M silver reflective tongue, heels, and translucent outsoles. 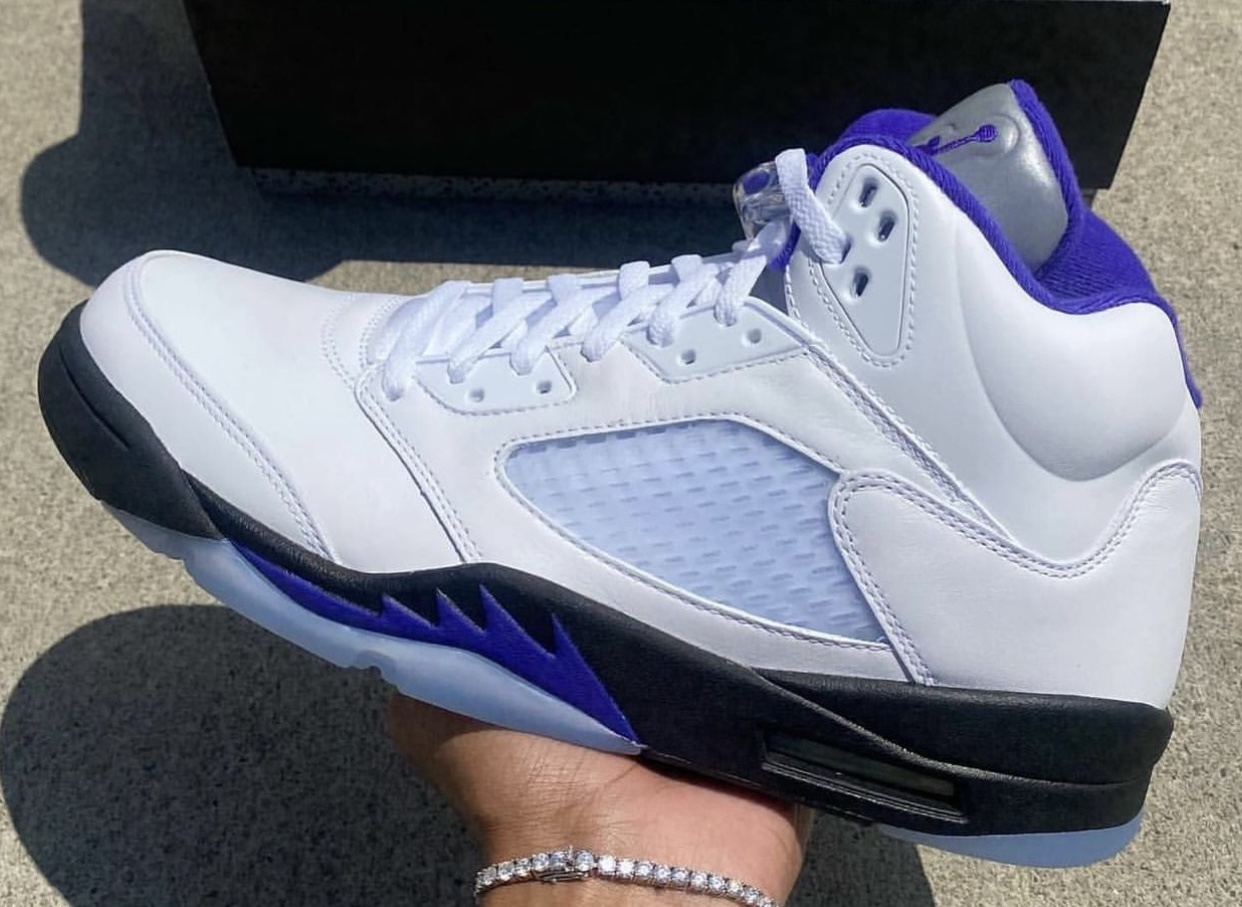 Update: 6/2022 – The Air Jordan 5 Concord will be making its official debut on August 13, according to reports. Previously, it was scheduled to drop on July 23.