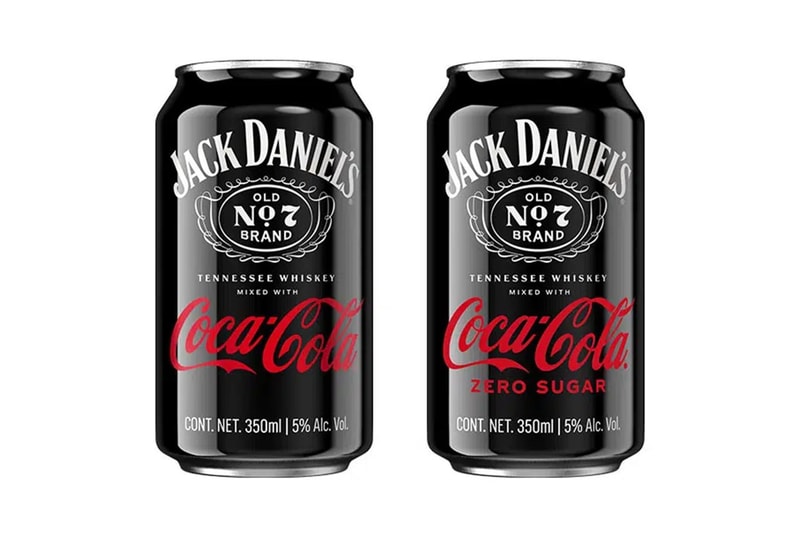 The popular alcoholic Jack & Coke drink has officially been released thanks to Jack Daniel's and Coca-Cola. A joint effort by the Brown-Forman Corporation and Coca-Cola, this release recognizes the missed opportunity of not coming together sooner for the classic cocktail involving the Tennessee whiskey.

"This relationship brings together two classic American icons to deliver consumers a taste experience they love in a way that is consistent, convenient, and portable," Lawson Whiting, CEO and President of Brown-Forman Corporation. "Brown-Forman has been a leader in the ready-to-drink category since we launched our first Jack Daniel’s RTD more than 30 years ago. Coca-Cola perfectly complements Jack Daniel’s and our existing RTD offerings, enabling us to accelerate expansion and continue to grow our business around the world."

Arriving in both the full sugar and Zero version, the ready-to-drink Jack & Coke will be available in a 350ml can with an alcohol content of 5%. Fans of the drink can expect a launch in Mexico in the second half of 2022, followed by a global release.

In other drink news, Pepsi Japan releases a version that enhances the flavor of karaage fried chicken.