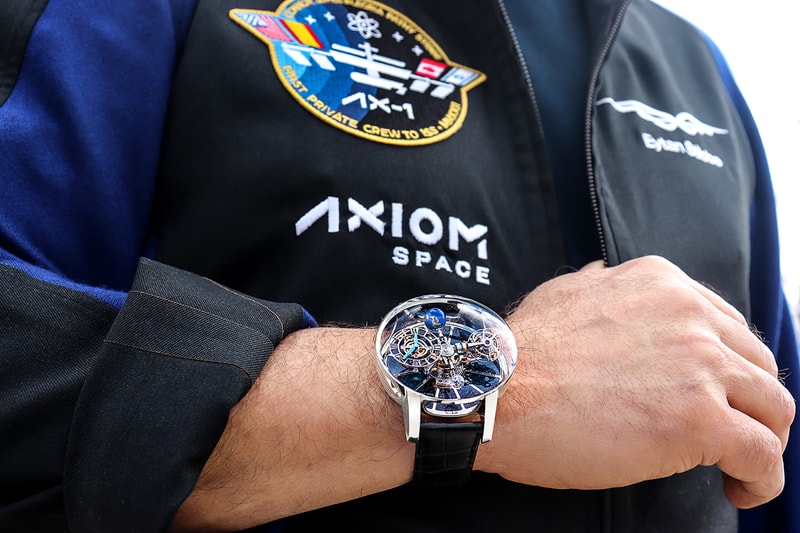 Jacob & Co. has put a unique Astronomia into space on the wrist of an astronaut taking part in the first private mission to the International Space Station.

The one-off Jacob & Co. Astronomia Tourbillon Bucherer BLUE was worn by Eytan Stibbe, an Israeli businessman and former fighter pilot, during the 17-day Axiom Space Ax-1 Mission - with at least two of the crew paying $55M USD each to participate - orbiting the Earth 273 times and travelling more than seven million miles.

While space-based watch firsts have been dropping like flies since the advent of commercial space flights, the Jacob & Co. Astronomia Tourbillon Bucherer BLUE becomes the first triple-axis tourbillon to leave the Earth’s atmosphere.

"The Astronomia tourbillon is a truly unique, groundbreaking timepiece that elevates the art of watchmaking above the Earth, above time,'' says Jacob Arabov, Founder of Jacob & Co. "So the very idea of sending this special Astronomia into space, as you can imagine, was very exciting. It's only fitting that the Astronomia Bucherer BLUE ends up revolving around the Earth. The watch had the same viewpoint on us as we usually have on it.”

The watch will now be exhibited in New York at the Bucherer 1888 TimeMachine store from July 11-17 and Sotheby’s New York from July 21-25 before being auctioned off for charity on July 26 at Sotheby's with bidding starting at $1 USD.