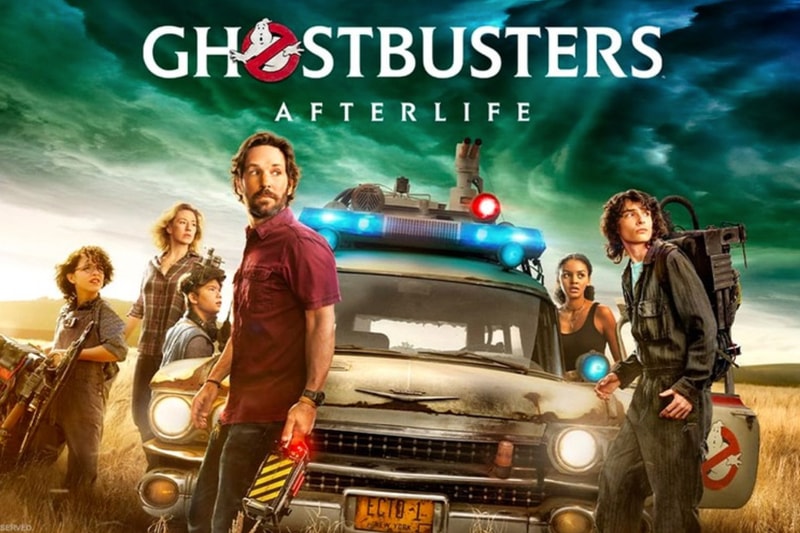 The next film in the Ghostbusters franchise will premiere in theaters on December 20, 2023.

The movie will arrive as a sequel to filmmaker Jason Reitman's Ghostbusters: Afterlife, which marked the revival of the highly-popular franchise. The film, which was released in November 2021, earned $200 million USD at the global box office and starred Carrie Coon, Finn Wolfhard, Mckenna Grace and Paul Rudd alongside original cast members Bill Murray, Dan Aykroyd, Ernie Hudson, Sigourney Weaver and Annie Potts, who reprised their respective roles.

The release date announcement comes after Sony unveiled the project in April, alongside plans to develop Venom 3. On June 8, or "Ghostbusters Day," Reitman and co-writer Gil Kenan confirmed details of the sequel's plot, revealing that the yet-to-be-titled project would return to the original film's New York City backdrop.

Speaking with The Hollywood Reporter, Reitman and Kenan shared information on the forthcoming sequel. “At the end of Ghostbusters: Afterlife, the Ecto-1 is driving into Manhattan, returning to its home. And before anyone ever heard the title Afterlife, we called it Rust City. Which would not have made sense to anyone until they saw the movie. The code name for the next movie is ‘Firehouse,’” Reitman told the outlet.

Stay tuned for more information on the Ghostbusters: Afterlife sequel.

Elsewhere in entertainment, Elvis has narrowly defeated Top Gun: Maverick for the No. 1 spot at the domestic box office.