HomeFootwearJordan Brand Celebrates Its 25th Year in China With This Air Jordan...
FootwearStyle 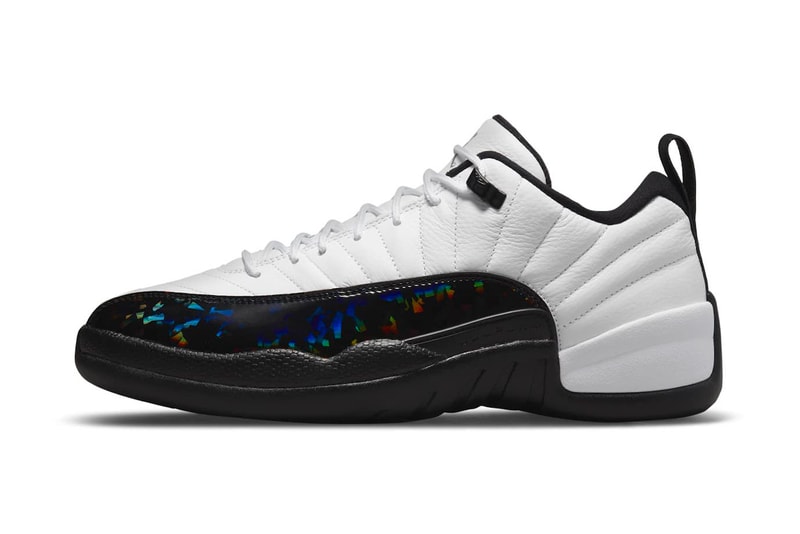 In 1997, Jordan Brand finally formally entered the Chinese market. At the time, the Air Jordan 12 was a key offering from the brand and thus holds a special place in the history of Jordan Brand in China. As a result, when prompted to celebrate its 20th year in China back in 2017, the label looked to the Air Jordan 12, amongst other models, to commemorate the year. Now, after a quick five years have passed, the Air Jordan 12 has once again been approached as the canvas for celebration.

Earlier this week, a celebratory colorway popped up for the original high-top version of the sneaker. However, now an Air Jordan 12 Low "25 Years in China" has surfaced. Carrying a seemingly plain black and white look, this colorway opts to remain subtle with its detailing. Iridescent mudguards combine with celebratory branding at the heel that reads "Celebrating 25 Years of Jordan in China" on the right shoe. Special packaging and sockliners combine with a white leather upper and black sole unit to complete this look.

The Air Jordan 12 Low "25 Years in China" is expected to hit shelves this August via Nike and select retailers.

In case you missed it, an official look at the Air Jordan 13 "French Blue" has surfaced.