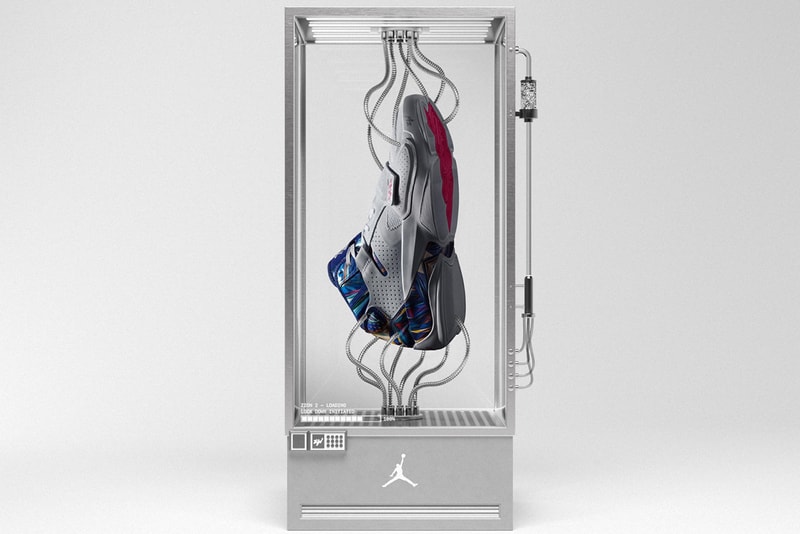 Zion Williamson took less money to join the Jordan Brand family because he wanted to be a part of of something that was much bigger than himself and represent the greatest player to ever touch the hardwood. And now, the 21 year-old hoops phenom is ready to enter into the second chapter of his product line with MJ's imprint as his Jordan Zion 2 has officially been announced.

Williamson's style of play entails high-flying slam dunks, sharp cuts and quick post moves, so it's imperative that his shoes are constructed for both power and speed. So for this design, Jordan Brand took its talents to new heights by keying in on three main elements: the heel for impact resistance, the middle for resilience and containment and the toes for comfort and mobility. They've broken up the strobel so that instead of a full-length unit, more emphasis is placed on the rear end which calls for 20% more Zoom Air cushioning on the forefoot for more responsiveness and a more plush landing on the heels when going up for a poster dunk. Additionally, the Jordan Zion 2 is crafted with a performance cup sole that wraps high up the foot and a forefoot strap that complements the lacing system for maximum support.

Furthermore, the court-ready kicks arrive embellished with “Nobody built like you, you design yourself” text hits to channel the Pelicans superstar's drive to win as well as his new signature logo.

Mark your calendars because the Jordan Zion 2 is slated to drop June 22 in the "Voodoo" colorway and on June 30 in the "Hope Diamond" colorway.

In other news, J Balvin has showed off his F&F Air Jordan 2 colorway.