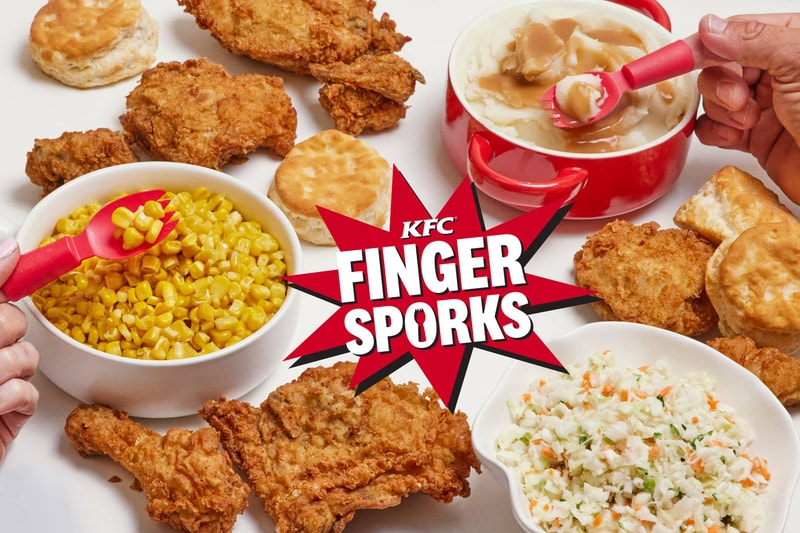 KFC is running with its "Finger-Lickin' Good" slogan once more for its latest marketing campaign. This new release sees finger sporks which are to be worn on your fingertips, where diners will literally need to lick their fingers upon using them.

Referencing KFC's 1970 adoption of the spork, where Colonel Harland Sanders elected them as the utensil of choice for its ability to not only pick up chicken but also its versatility in scoping mac & cheese, corn, and mashed potatoes -- a trifecta of KFC.

"KFC Finger Sporks are taking sides off the sidelines and putting them in the spotlight," said Nick Chavez, CMO, KFC U.S. "Every detail of the innovative Finger Spork has been carefully crafted and pressure tested – by way of eating many KFC sides – for the optimal finger-lickin' good experience."

Those looking to try out KFC's finger sporks can receive a pair with the purchase of a Sides Lovers Meal between now and July 12.

Struggling with utensils? Introducing KFC Finger Sporks, KFC’s new ergonomic piece of tableware-tech that will make all your KFC favorites fun for the whole family. Get your fingers in one here with the purchase of our Sides Lovers meal: https://t.co/kH9uy09JW4 pic.twitter.com/67PjWUXjYe