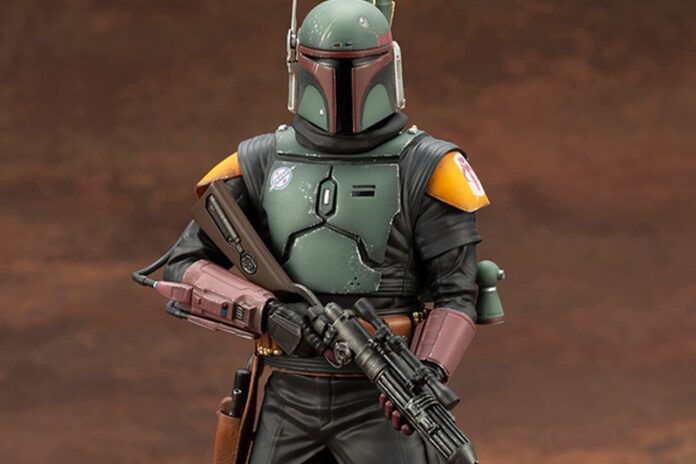 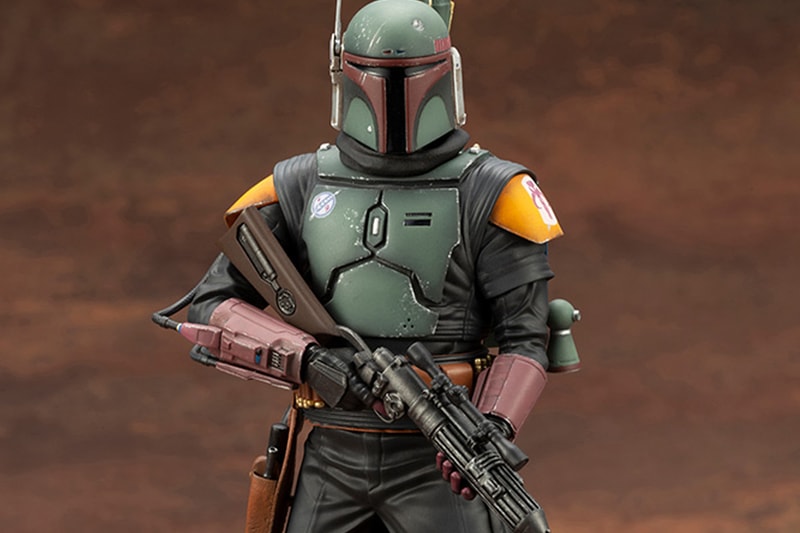 Kotobukiya has finally unveiled its ARTFX+ take on the beloved Star Wars bounty hunter Boba Fett. Drawing from his latest look in The Book of Boba Fett, the new statue comes in at a 1:10 scale and stands more than seven inches tall, depicting the legendary galactic mercenary in his green, brown, and mustard yellow Mandalorian armor paired with his flowing black robes.

Each piece of his suit is re-created with attention to its screen-accurate details, including his iconic jetpack and rocket launcher on his back and his EE-3 blaster rifle held across his body. The statue also comes with a swappable head sculpt without the helmet featuring Temuera Morrison's likeness as well as a steel-plated display base that holds the statue in place via the magnets in its feet.

For those interested, check out the gallery above for a better look at Kotobukiya's ARTFX+ Boba Fett statue while you wait for its arrival in January 2023.