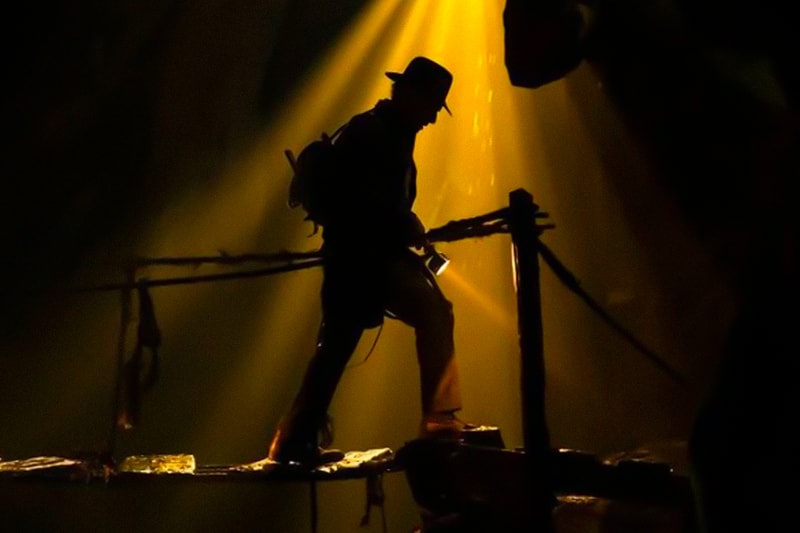 Lucasfilm has officially announced the release date of and offered a first look at the highly-anticipated Indiana Jones 5.

The premiere date was announced during Lucasfilm's Studio Spotlight Showcase panel at the Star Wars Celebration event, with franchise star Harrison Ford making a surprise appearance. Indiana Jones 5 is now scheduled to hit theaters on June 30, 2023, with Ford stating, "We have almost completed the next Indiana Jones film featuring the music of John Williams. I had a wonderful experience working with James Mangold, with Kathy... I'm really proud of the movie that we made." The actor can also be seen sporting his iconic outfit, complete with the hat, crossing what looks like a flimsy bridge inside a cave in the first-look image.

Plot details for the Mangold-directed film were not revealed, but fans can expect the likes of Phoebe Waller-Bridge, Antonio Banderas, Mads Mikkelsen, Thomas Kretschmann, Boyd Holbrook and Shaunette Renée Wilson appearing alongside Ford. The movie has experienced some delay due to Ford's shoulder injury and COVID-19, but filming finally wrapped in February 2022.

In related news, check out Diego Luna's return to the Star Wars franchise in the teaser for Andor.