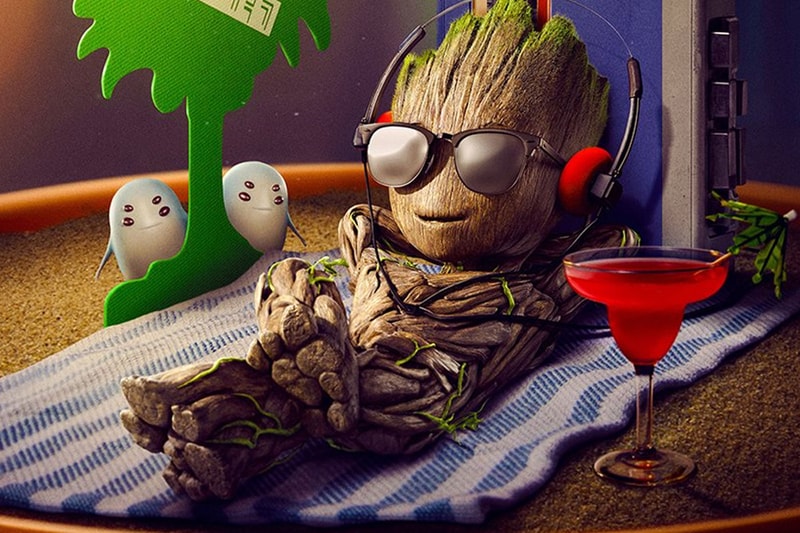 Marvel has announced the official release date for adorable animated series I Am Groot. The series follows a Baby Groot in his glory days as he grows up and gets into trouble among the stars.

The series arrives on Disney+ later this summer and was announced on the Marvel Studios' Twitter. The official movie poster showcased Baby Groot listening to music, leaning and chilling on a Walkman. With a drink by its side and a lamp light to resemble the sun and a paper cut-out palm tree, Baby Groot is in ultimate relaxation mode. Next to him are two white four-eyed creatures that are looking on behind the tree.

In Avengers: Endgame, Groot appeared as an adolescent. The Disney+ series aims to explore the storyline of Groot and bring audiences back to a time when Baby Groot first began its adventures.

Take a look at the announcement below. I Am Groot premieres on Disney+ on August 10.

In other Marvel news, watch the new teaser clip for Thor: Love and Thunder.