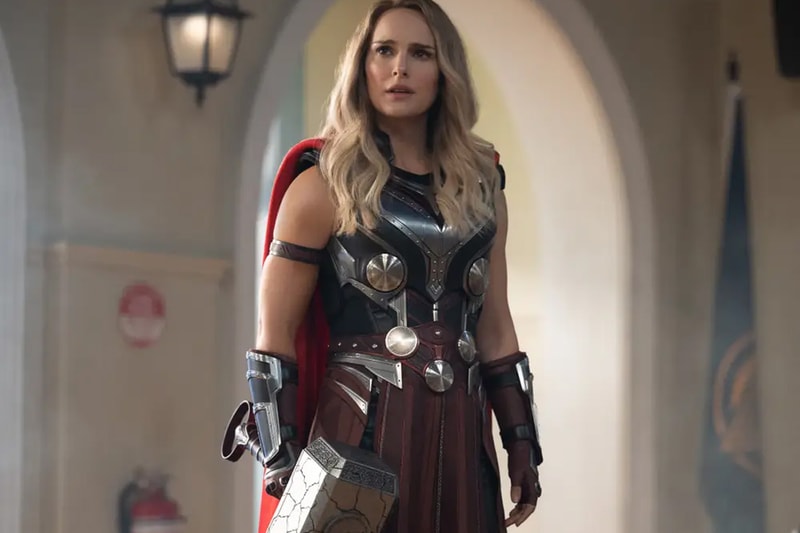 Having released numerous trailers and teasers for the upcoming Thor: Love and Thunder, some fans may have noticed Natalie Portman's increase in height for her new role as the Mighty Thor alongside Chris Hemsworth's original Thor. Marvel Studios boss Kevin Feige himself explained earlier that they did a little "movie magic" to bring her closer in height with her co-star. Now, Portman herself has explained how the effect was achieved.

In a recent interview with Variety, the five-foot-three actress revealed that Marvel actually build her an elevated platform to walk on during production so she'd appear closer in height to Hemsworth's six-foot-three stature. "We'd rehearse the scene, they'd see the path, and then they'd build a path that was like one foot off the ground or whatever, and I would just walk on that," Portman said, before joking about shooting in Australia. "They would call it a deck, but depending on the accent, sometimes it sounded like something else. Because we're all children."

Despite the feigned increase in height, Portman also ensures fans that everything else was all down to her own hard work, including her more muscular transformation for the role. "I trained for a long time before and during, and I was doing the whole protein shakes [thing]. It really helped prepare me for the level of action that we ended up doing," the actress said. "We had incredible stunt doubles who did the really hard stuff, but there's still a great deal of running and jumping and swords and hammer-fighting. It was definitely helpful to be strong. To have that weight of the cape all day, you want to have some upper-body strength."

Thor: Love and Thunder arrives at theaters on July 8.

Elsewhere in entertainment, the Duffer Brothers have teased a much darker finale for volume two of Stranger Things season four.