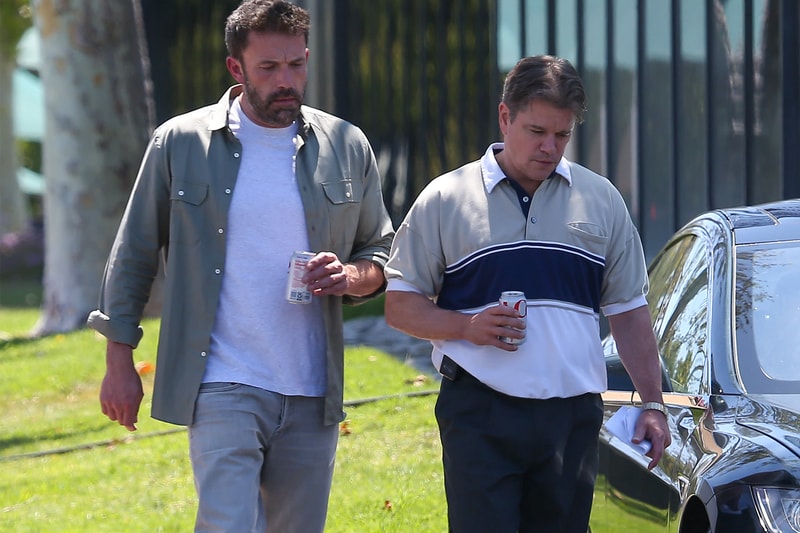 Childhood pals and Good Will Hunting co-stars Matt Damon and Ben Affleck were spotted on-set in Los Angeles working on an upcoming film documenting Nike's pursuit of Michael Jordan — a quest that would result in the biggest sneaker deal and athlete partnership ever. The film will be directed by Affleck, and the duo will co-write the screenplay.

Set in the '80s, Matt Damon will play the role of Nike executive Sonny Vaccaro and Ben Affleck will take the role of the sportswear label's co-founder, Phil Knight. According to Variety, the cast will also include a range of familiar faces including Chris Tucker, Jason Bateman, Viola Davis, and Marlon Wayans. Amazon Studios, Skydance Sports, and Mandalay Pictures will join forces for the production.

The film, which has yet to receive an official title, harkens back to Nike's fledgling days when signing a deal with the larger-than-life Chicago Bulls superstar, Michael Jordan, seemed to be an impossible feat. Determined and undeterred, Vaccaro sets off on a long journey to gain the trust of those closest to Jordan including his parents, coaches, and advisors. The successful partnership would ultimately help secure Nike's current position as the biggest sportswear brand in the world.

Elsewhere, the next James Bond Film is still two years away as producers work on "Reinvention of Bond."