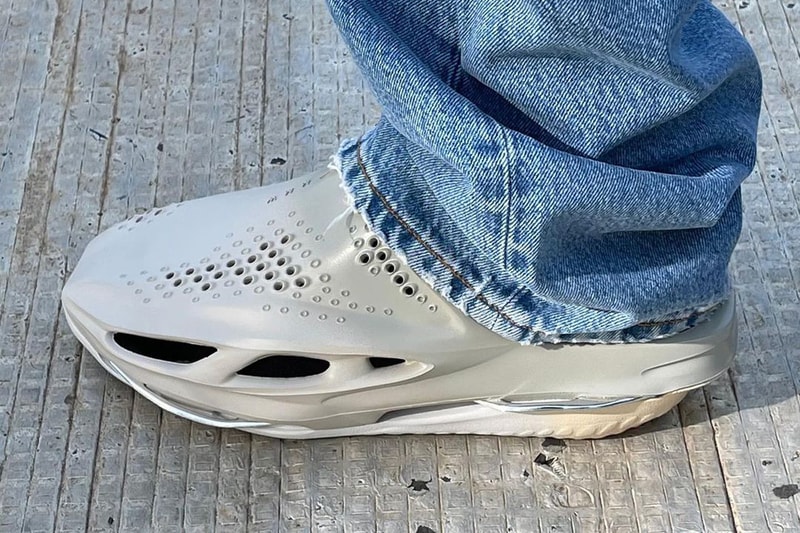 As one of Nike's key collaborators, Matthew M Williams has a long-standing history of projects with the Swoosh. From futuristic footwear to reimagined activewear, Williams has touched down on a variety of capsules with Nike. However, his connection to the brand extends through his own label, 1017 ALYX 9SM. In recent years, ALYX has utilized its iconic belt buckles on various colorways of the Air Force 1 High. Now, Williams recently teased his next Nike project, serving as the next entry in the Nike Zoom MMW series. Dubbed the Nike Zoom MMW 5, this slip-on silhouette also debuted in both colorways on the runway today during his 1017 ALYX 9SM Spring/Summer 2023 show in Milan.

The Nike Zoom MMW 5 now takes on a gray upper after appearing in an all-black look previously. Unlike the first take, the hole-covered silhouette offers additional colors in a yellowed white and plain white at the sole. Additionally, chrome silver detailing hits the midsole to further differentiate the colorway.

For now, no release information has been shared regarding the debut of the Nike Zoom MMW 5. Though, considering its inclusion in ALYX's SS23 runway show, expect these to be available by Spring 2023 at the latest via Nike and select retailers. Check out additional looks below courtesy of Matthew M Williams' Instagram.