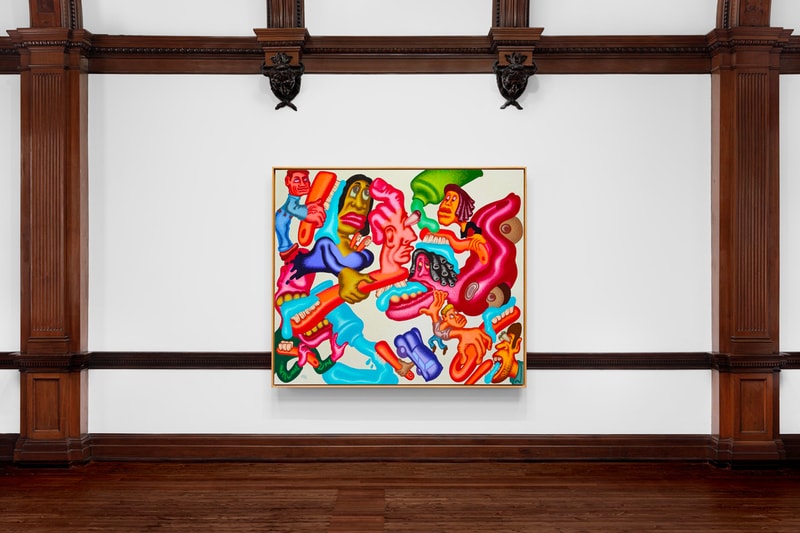 Usually Peter Saul is the one exhibiting the work at gallery halls. Recently, however, the American artist played the role of muse, as Ross + Kramer Gallery showcased a group exhibition featuring the likes of George Condo and Allison Zuckerman, who were inspired by Saul's influential mark.

At 87 years of age, Saul is still busy at work as if time has had no impact on his desire to create. Housed at Michael Werner Gallery in London, Peter Saul: New Work is a new solo exhibition of paintings that showcase the artist's penchant for satire, as he comments on the tides of American culture.

Emblematic of his six decade career, nothing is off limits for Saul. From post-war consumerism and Saddam Hussein, the barriers of the art world to referencing art history as he depicts a brawl between Superman and Satan. “I don’t believe in any ideas of art because they might interfere with painting my picture the way I want. But I’m not mad at these ideas, either. I’ve had situations where Cubism, Surrealism, Impressionism, etc. have helped me," said the artist in a statement.

Peter Saul: New Work opened last month and will be on view at Michael Werner London for the duration of the summer.