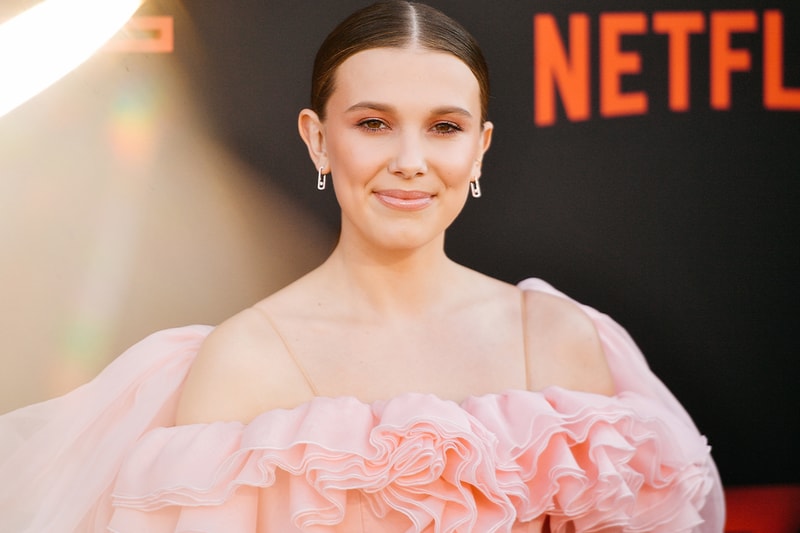 Netflix has officially confirmed Stranger Things star Millie Bobby Brown's casting in the Russo Brothers' upcoming sci-fi film The Electric State. The movie will be a live-action adaptation of Simon Stålenhag's illustrated novel from 2018, which follows the adventures of an orphaned teenager who journeys through a retro-futuristic American West on a quest to find her lost younger brother. Accompanying her is a mysterious droid and an eccentric drifter. Aside from Brown, Chris Pratt is also in talks to join the film, reuniting him with the Russo Brothers after their work together on Avengers: Infinity War and Endgame.

Penning the script will also be long-time collaborator1s Christopher Markus and Stephen McFeely, who both worked on the brothers' Marvel titles as well as the upcoming Gray Man, featuring Chris Evans. According to The Hollywood Reporter, the movie was first pitched to Universal, but ultimately changed hands to Netflix after the former refused a massive budget of $200 million USD.

There's currently no release date yet for The Electric State, but production is expected to begin in October.

Millie Bobby Brown will star in The Electric State, a sci-fi movie directed by The @Russo_Brothers.

Set in a retro-futuristic past, it follows an orphaned teen (Brown) as she traverses the American West with a robot and an eccentric drifter in search of her younger brother. pic.twitter.com/A9mqvGowax

In other entertainment news, set images of Margot Robbie and Ryan Gosling in Barbie have emerged.