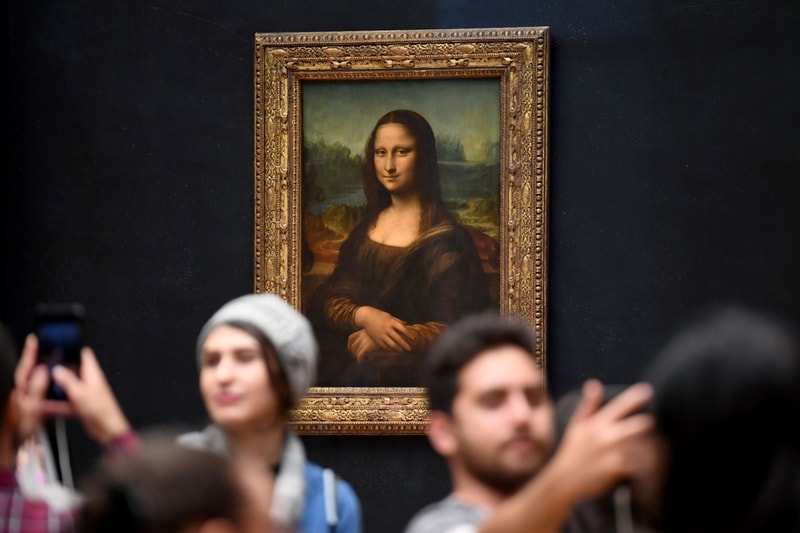 On Sunday afternoon in Paris, a man dressed as an elderly woman was seen attempting to vandalize the Louvre Museum's most famous painting, the Mona Lisa.

According to witness reports, a young man dressed as an elderly woman jumped out of his wheelchair and smashed a cake on the bulletproof glass protecting Leonardo da Vinci's infamous painting. The man later threw roses around the chamber before being rushed by security. A recording pictures the intruder telling the crowd that there are people trying to destroy the planet and they need to think about it as he was escorted from the building. The protective glass was later cleaned by museum workers without any damage to the original artwork.

Having survived countless threats for more than 500 years, Leonardo's 1503 masterpiece is now among one of the most protected artworks in the world. The painting was famously stolen in 1911 and has been targeted multiple times throughout history. A man once damaged the painting with sulfuric acid back in the 1950s and a Bolivian student hit the Mona Lisa canvas with a stone in 1956. The most recent attack prior to this incident was in 2009 — when a Russian woman who was denied French citizenship threw a ceramic teacup at the glass enclosure.

VIDEO: The protective glass of the Mona Lisa painting at The Louvre was caked today by a man dressed up as an elderly woman in a wheelchair.
pic.twitter.com/smHEUB4fOK