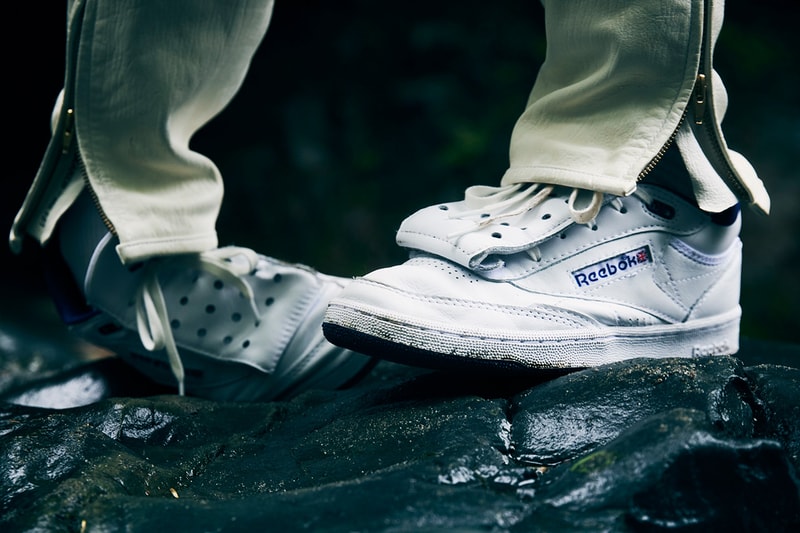 Mountain Research and Reebok's partnership dates back to Spring 2020 when they proffered up collaborative takes of the DMX Trail Shadow, and since then they've also joined hands on minimal takes of the Alien Stomper.  And now this June, the two parties have reconnected to team up on a fresh Club C II Mid that draws inspiration from ‘80s tennis club attire, heritage Club C elements and cricket footwear.

Smooth leathers are utilized to form its upper build, and a majority of the real estate here is covered with a pure white finish. Due to its brighter-toned arrangement, its bold blue accents are allowed to overtly stand out along the Reebok branding, interior liner and the treading. The most enticing feature of these kicks is the throat as the Japanese imprint has added a removable shroud that mimics the Club C’s original perforated foam tongue and classic cricket footwear protectors called “pats”.

“The idea was to create something basic yet decorative,” said Kobayashi Setsumasa — designer of Mountain Research. “The minimalistic look is meant to correspond to the strict tennis club dress codes of the era.”

In other news, Cardi B's "Let Me Be...Enchanted" collection with Reebok has been announced.