HomeArtMous Lamrabat Imbues a Sense of Hope in Each of His Striking...
ArtStyle 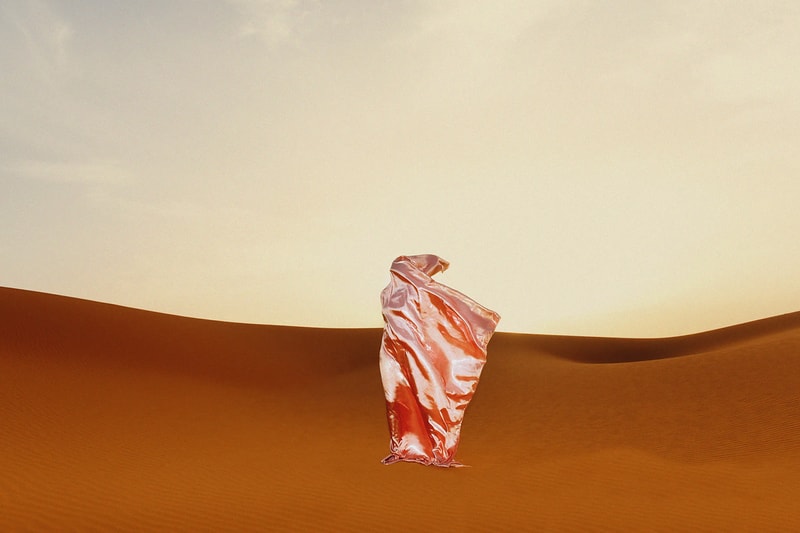 Fotografiemuseum Amsterdam (Foam) unveiled a new presentation of work by the acclaimed Belgian-Moroccan photographer, Mous Lamrabat. Based in the fictional land of Mousganistan, Lamrabat transports the viewer to a world that is rid of the problems on earth — where beauty and compassion is experienced by all of its citizens.

In Blessings from Mousganistan, the photographer presents a series of photographs that serve as a sort of memento to his experiences as a Moroccan Muslim immigrant living in Europe. By fusing Western capitalist iconography, such as a Nike Swoosh or the McDonald's arch with traditional garbs native to the Middle East and North Africa, Lamrabat creates powerful new narratives on sensitive topics such as racism, religion and women's rights.

"I’m dreaming of creating a movement of people," said the artist in a past interview. "People that understand that life should be way simpler than whatever we are doing these days." Witness Blessings from Mousganistan at Foam in Amsterdam until October 16.