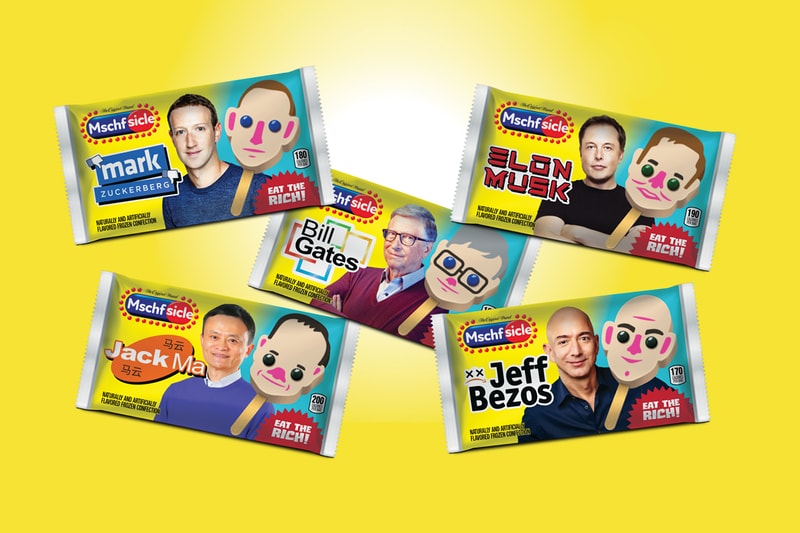 For its 81st release, Brooklyn, New York art collective, MSCHF, is stepping into the world of food and beverage with a playful popsicle release. Dubbed the "Eat The Rich Popsicles," the ice cream offering turns the world's most famous billionaires into anthropomorphic ice pops.

Priced at $10 USD, MSCHF's Eat The Rich Popsicles are available now until July 13 via ice cream trucks throughout New York and Los Angeles. Head over to MSCHF's website for the release to find out where to find the ice cream trucks.

For more food and beverage news, Kanye West recently forced a burger restaurant to change its name and logo.