Detailed images of the Neckface x Nike SB Dunk Low are featured as it’s an exclusive pair designed by the LA-based graffiti artist. Suggested to debut around Halloween, the low-top dons a stealthy black nubuck/suede upper that is adorned with distinctive patches that varies from snakes, skulls, demons, bats, tombstones, and more to perfectly coordinate with the spooky season. Additionally, lightning graphics and “SHOCKERS” are prominent across the left midsole, followed by customs tongue tags as well as flame graphic Neckface branded insoles. Finally, a white midsole and black rubber outsole rounds out the style.

Expect the Neckface x Nike SB Dunk Low to make its debut at select Nike stockists and online in October. Stay tuned for the official release date. Always keep it locked to KicksOnFire for the latest in sneaker news, release dates and where to purchase your favorite kicks. 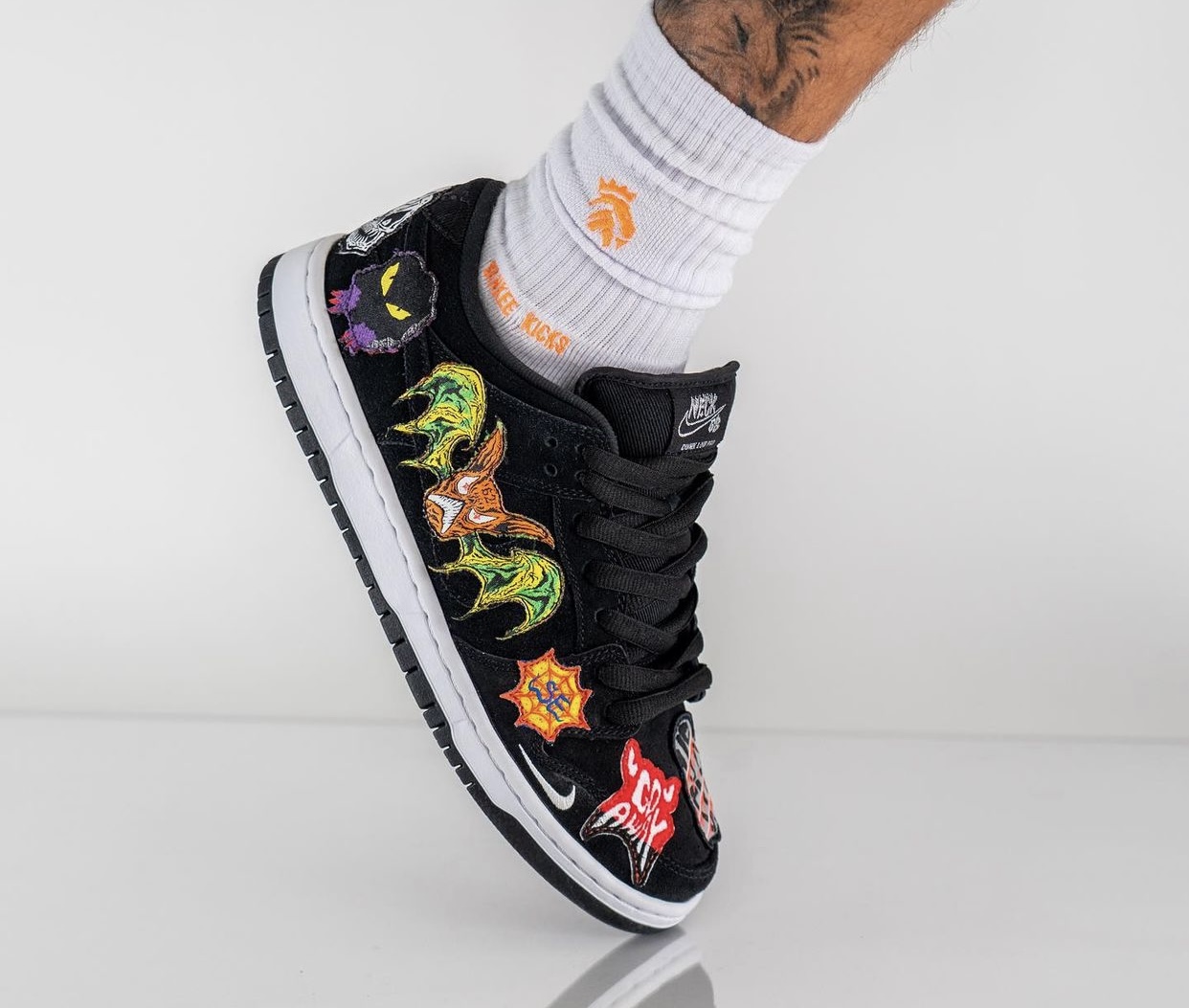 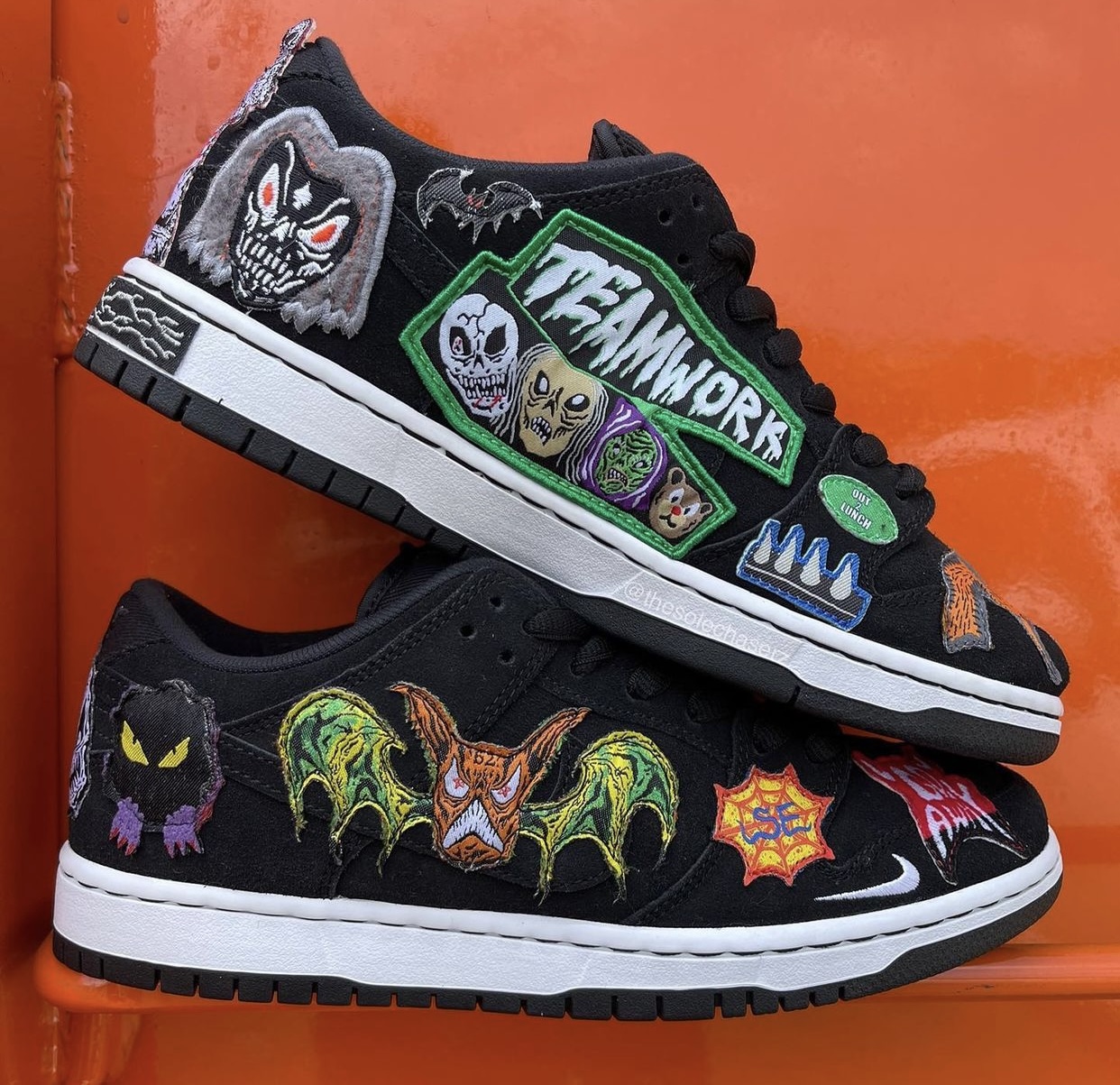 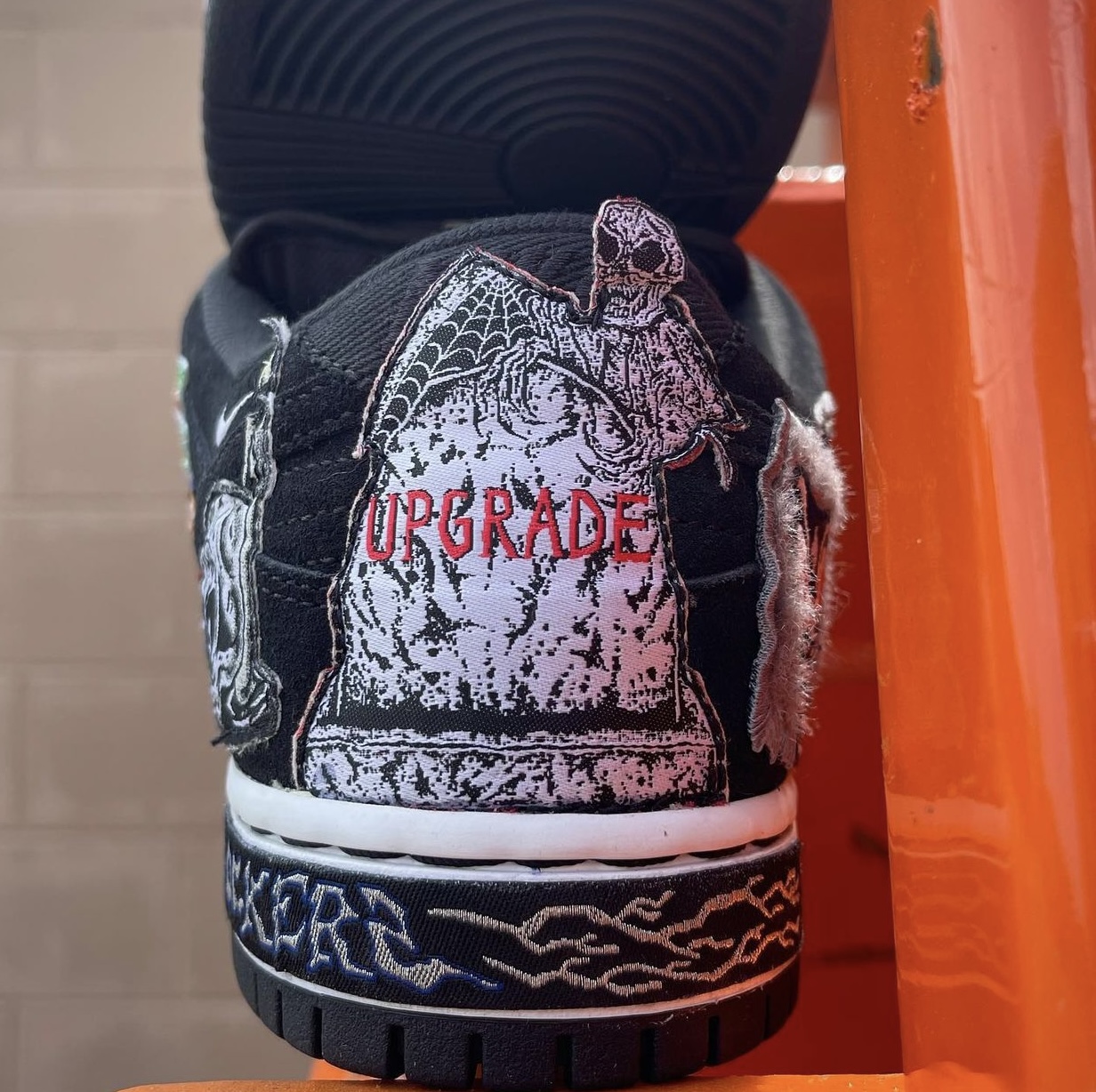 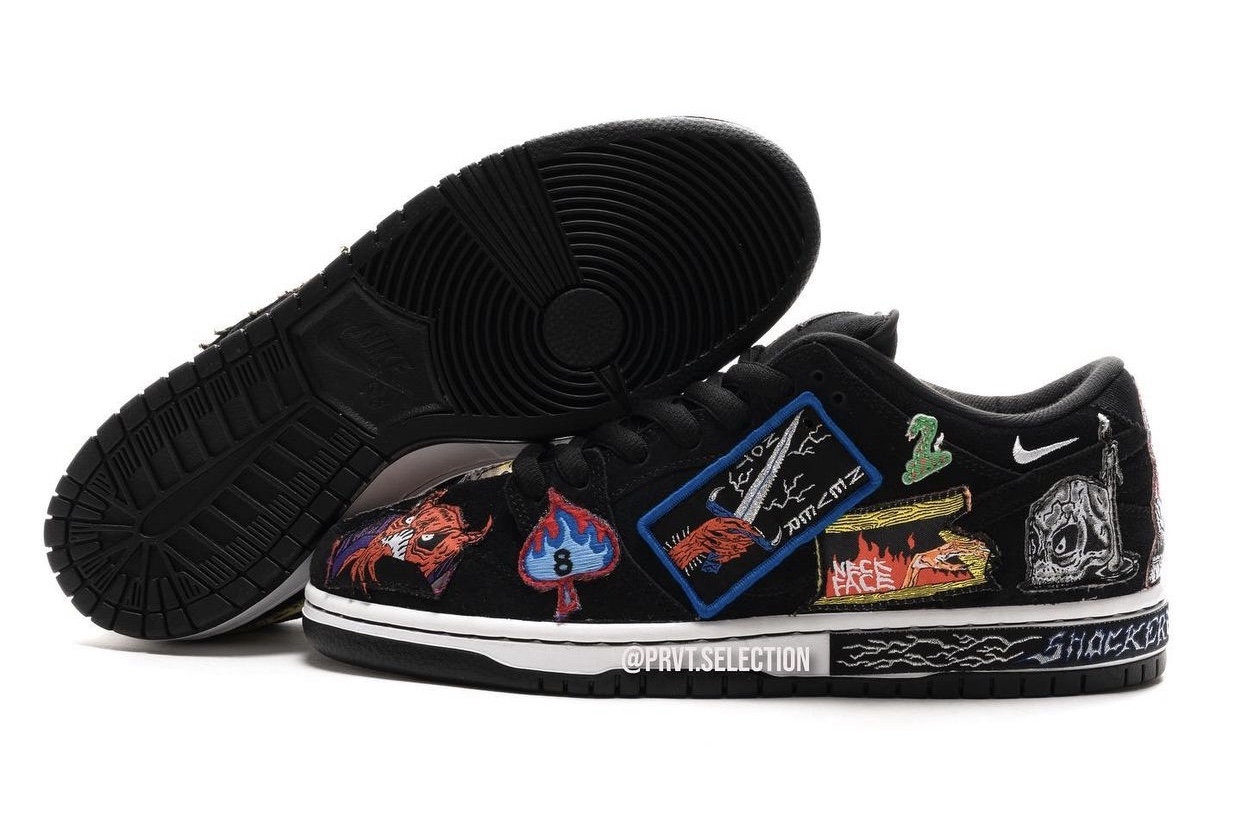 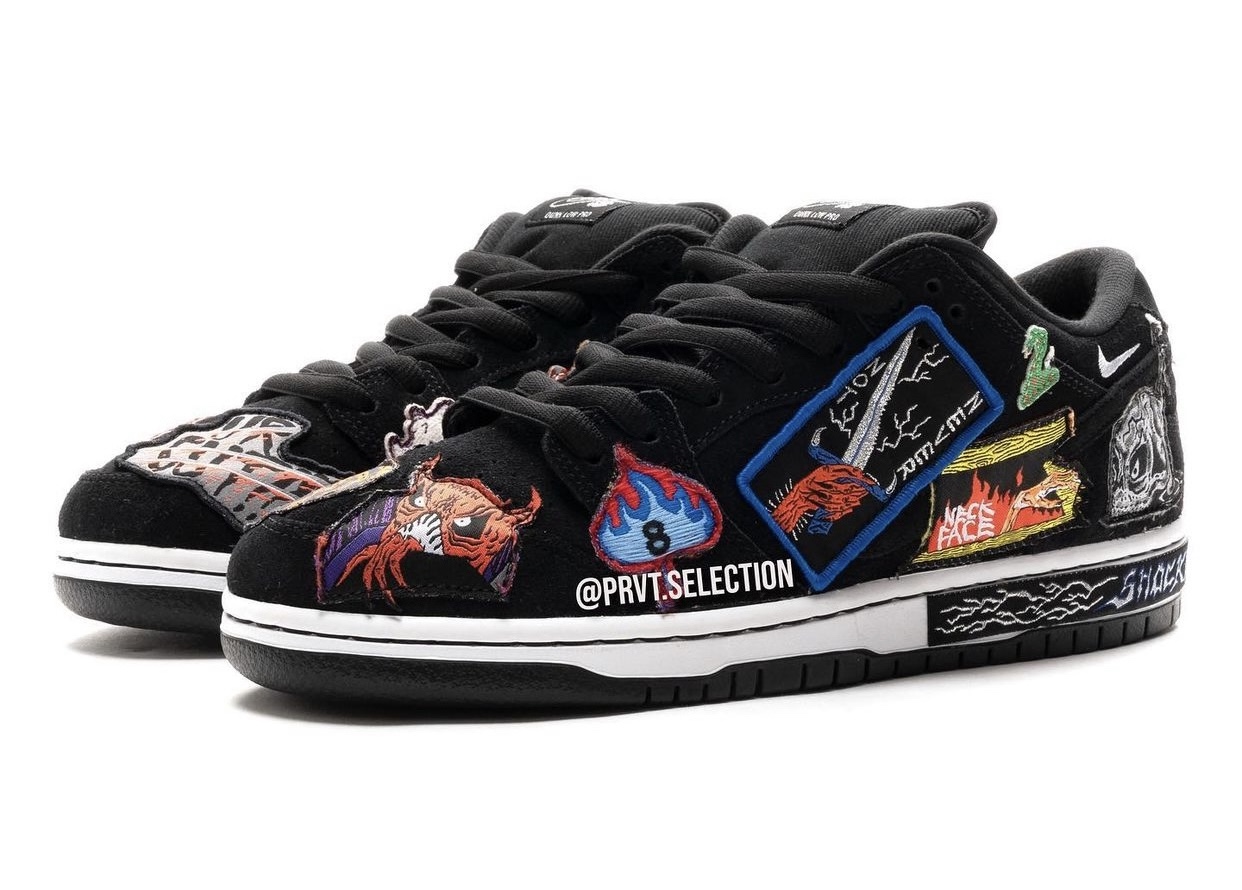