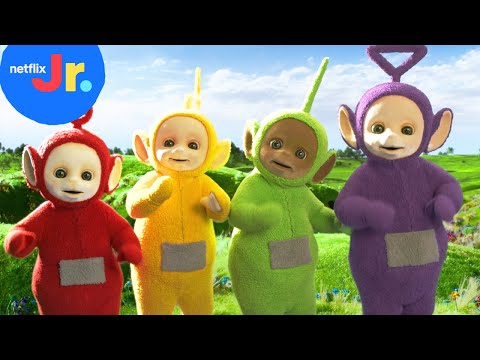 Originally announced back in September, Netflix has now released the official trailer for its upcoming Teletubbies reboot. Aside from the return of Tinky Winky, Dipsy, Laa-Laa, and Po, the Netflix Jr series features narration from actor Tituss Burgess and a new Sun Baby.

The trailer for the Teletubbies reboot sees the familiar group strolling through the lush hills and waving hello. While narration runs, the Teletubbies are then seen in the Tubbytronic Superdome before they are all introduced.

It has been revealed that the upcoming Netflix preschool series will see Tinky Winky, Dipsy, Laa-Laa, and Po learning and growing in the 21st century. The 12-episode release will also feature a new and original "Tummy Tales" song.

Watch the official trailer for the reboot of Teletubbies coming November 12 on Netflix.