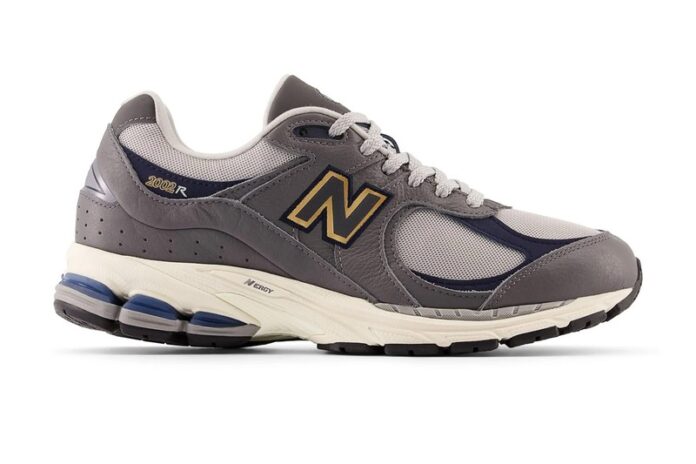 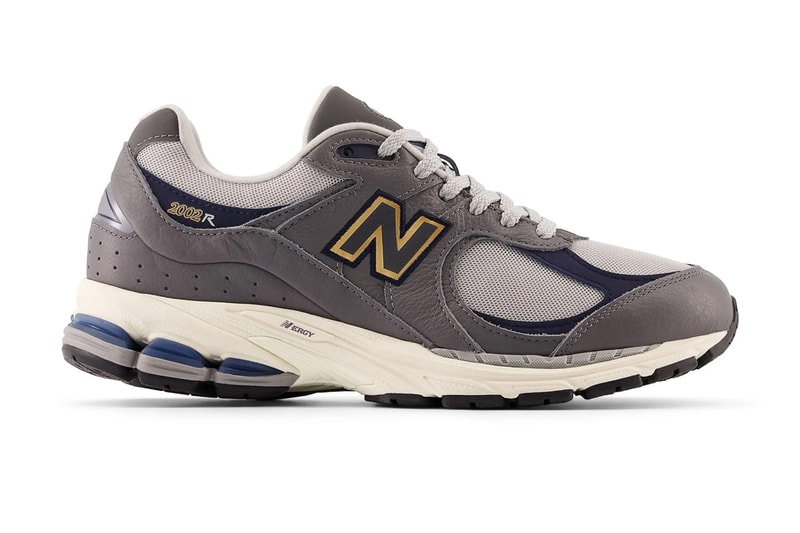 New Balance essentially has a starting five when it comes to silhouettes that are getting the most playing time in its lifestyle category right now, and one of its key players is the 2002R. Momentum for this low-slung model hasn't stopped since Salehe Bembury got his hands on it and made two collaborations, and its inline catalog has been growing at rapid speeds. Next up for the sneaker offering is its "New Vintage" Pack which includes two colorways.

First on the roster skews to the darker side of the spectrum. Premium leather overlays are donned with a charcoal gray tone and come complemented by way of white mesh underlays and gilded notes that border the N logos and make their way onto the 2002R branding that is placed on the collars. Additional overlays pop up through the collars and toe boxes, and those wrapped in muted navy.

Its sibling takes a brighter approach with its arrangement. In a similar fashion, it also bears the same navy overlays, but the rest of the upper half is engulfed in pure white. Midsoles are presented with a creamy exterior to add a vintage effect.

Both pairs are available right now via New Balance Japan. A stateside drop hasn't been confirmed yet.

In other news, a New Balance 550 "Sea Salt" iteration has been revealed.