HomeFootwearNew Balance Turned its Factory Floor into a Dancefloor to Celebrate 40...
FootwearStyle

New Balance Turned its Factory Floor into a Dancefloor to Celebrate 40 Years of Made in U.K. 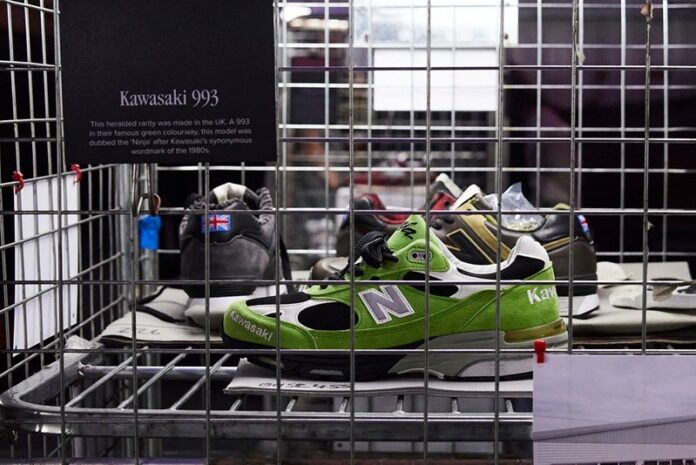 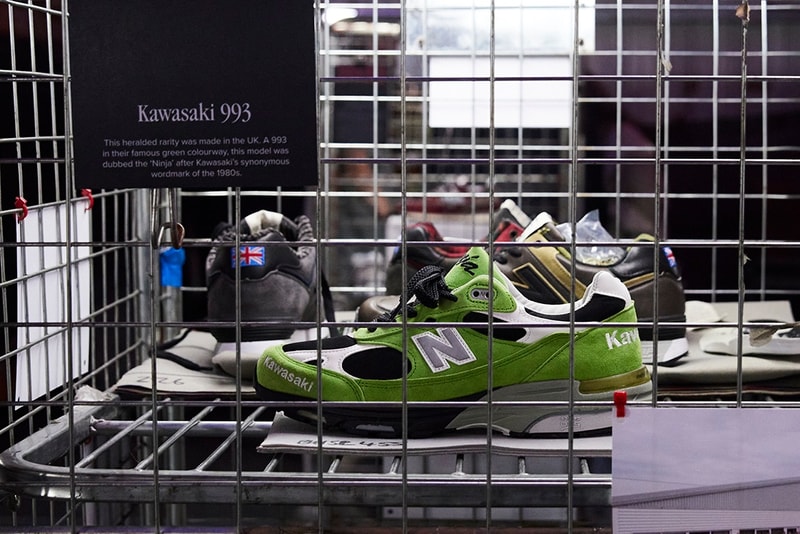 This year marks the 40th anniversary of New Balance’s “Made in U.K.” series, a premium product range that's been faithfully produced in the north west of England since 1982. To celebrate the milestone, the brand recently transformed its factory in Flimby, Cumbria, from a fully-functional production line by day into an exhibition-come-dancefloor by night to highlight 40 years of U.K.-made sportswear.

Founded in Massachusetts in 1906 by English immigrant William J. Riley, New Balance — which remains based in Boston — is the only global sportswear company with factories in both North America and Europe producing footwear on a commercial level. While adidas makes certain limited-edition kicks at its Scheinfeld factory in Germany and Nike makes most of its air-bags in Oregon, New Balance is well known for its domestically-made “Made in U.S.” and “Made in U.K.” ranges that are available all year round and, in contrast to their competitors, produced at volume. They are also generally considered — by sneakerheads and dads alike — to be among the best products the brand has to offer, built with premium materials and a level of attention to detail that warrants the shoes' cult status and justifies their increased price.

The "Made in U.K." story started in the summer of 1982, when production began at a small factory in the Cumbrian district of Lillyhall. In 1991, the factory was relocated to the nearby coastal village of Flimby where it’s been ever since, and, at the time of writing, employs 306 workers encompassing the full spectrum of the footwear creation process. Of these, dozens will play some part in creating each individual pair of shoes; for example, the 991 — which is rumored to have a JJJJound drop in December — requires around 30 individuals to work on it from start to finish. Given that Flimby's population of around 1,707 would just about fill a modern high-rise housing complex, at times it can quite literally be a family affair — a "Made in U.K." pair could be made by cousins, brothers or sisters. Related by blood or otherwise, there's a sense of family that runs deep throughout the Flimby workforce, and like the many components of a shoe are bonded by glue, the team is bound together by an intense sense of personal pride in the shoes they make.

Looking to the future while celebrating four strong decades behind them, this year has seen New Balance collaborate with multiple partners under the "Made in U.K." umbrella to create some of 2022's most popular sneakers. This includes iterations of the iconic 991 by Dover Street Market and Slam Jam, as well as a 920 and 1500 by PaperBoy Paris x BEAMS that continues in the brand's tradition of authentic collaborations with an international outlook.

Hypebeast recently caught up with Joe Connolly, New Balance's Senior Marketing Manager in Europe, to talk about the significance of Flimby to the brand, the local community and what the future holds for "Made in U.K.". Hypebeast: As an American brand with production worldwide, how would you describe the importance of having a factory in Flimby?

Joe Connolly: "Made in U.K." forms part of the fabric of New Balance, it’s part of our DNA.  The associates at the factory and the internal teams involved are all immensely proud of the product created and I think that comes across in both the product and the way people talk about Flimby.

It definitely compliments. Our "Made" product is considered pinnacle and consumers all over the world appreciate the quality of our "Made" shoes.  "Made in U.K." has a distinct flavor and lens to it and I think that appeals to a number of people, myself included.

What does the community of Flimby factory workers add to the brand?

The team at Flimby are all immensely proud of what they’re creating. Shoemaking is in the blood of the people in that part of England and I think that comes across in the product. Whenever we take guests up to Flimby they’re always blown away by the warmth of the welcome, as well as the quality of the product.

What does the future hold for "Made in U.K."?

I’m always excited when looking at future product for "Made in U.K.", but I think 2023 is going to be especially interesting. There’ll be some faithful bringbacks alongside some exciting newness — all through that Flimby lens.

If you had to pick, what would your top five "Made in U.K." sneakers be?

In other footwear news, the COMME des GARÇONS HOMME x New Balance 550 is out now.