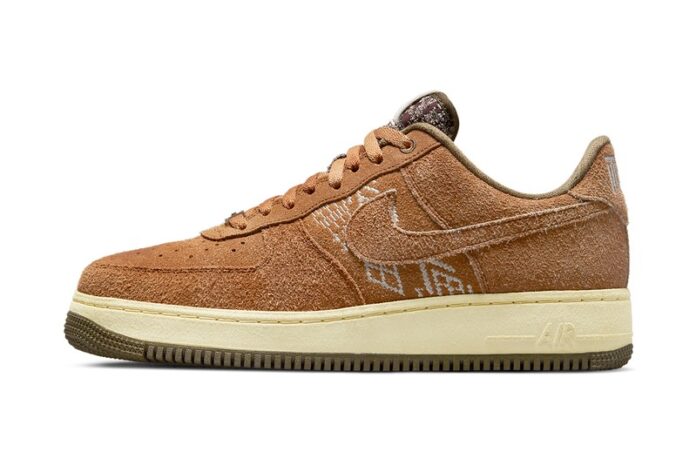 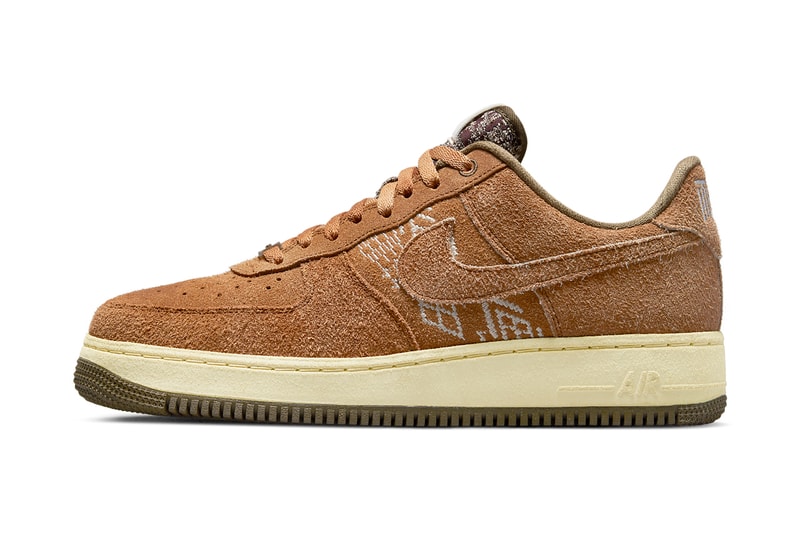 Since 2015, Nike has treated its Chinese audience to an assortment of "NAI-KE" colorways on iconic models such as the Air Force 1 and Cortez. Utilizing various references to Chinese culture such as jade detailing, these releases celebrate the brand's presence in China. Following the theme's return at the end of 2021, the Swoosh has prepared yet another Air Force 1 Low equipped with a "NAI-KE" look.

For this colorway, various fall tones are interspersed throughout the sneaker alongside thematic touches. A shaggy golden brown suede covers the upper while geometric detailing in white arrives at the midfoot. The laces match in brown while the tongue arrives in a chocolate brown with additional patterning. Its tongue tag reads "THE ONE LINE" beneath the Nike Air logo, referencing Nike's experimental running shoes without Swooshes in China named "The One Line" series. "NAI-KE" text arrives at the dubrae while also being visible in Chinese characters at the heel and sockliner. From there, a light brown trim, textured yellowed midsole and olive rubber outsole complete the look.

Release for the latest "NAI-KE"-themed Air Force 1 Low is expected to only take place in Asian markets in the coming weeks via Nike and select retailers.

For more news from the Swoosh, it revealed an all-black colorway for the "Fresh" series of Air Force 1 Lows, a collection designed to minimize the effects of sneaker aging.