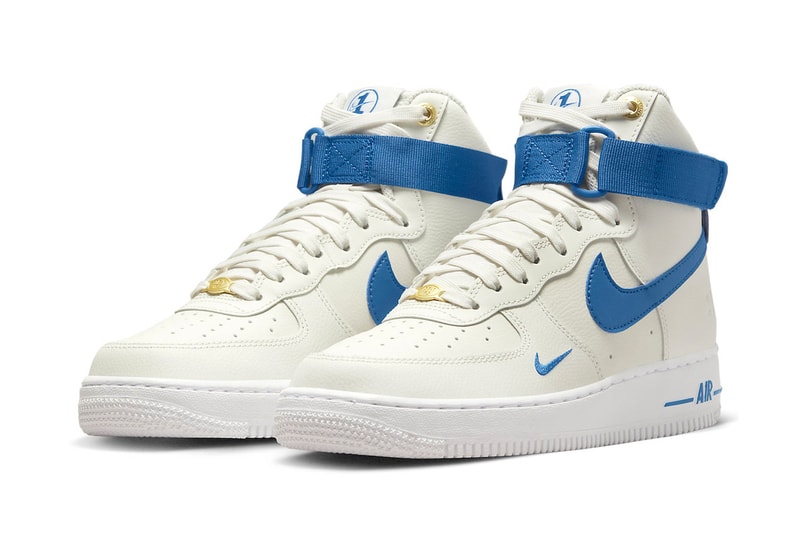 The shoe arrives in a retro white/cream leather upper base and features blue color blocking and detailing. The Nike Air Force 1 High includes special "1"-branded tongue tags layered with the Swoosh on the tongue tag, as well as "82-22" printed on the insoles as a nod to the 40th-anniversary celebrations. The retro "Nike Air" branding also features Bruce's signature on the tongue tags, adding another unique element to the design. The Swoosh on the panels and the Air branding on the midsole is in blue. A mini-Swoosh is stitched near the toe box as an added detail as the shoe sits on a white gum outsole to round out the design.

Take a look above at the 40th-anniversary edition of the Air Force 1 High in white and blue releasing in the coming weeks in select retailers and on Nike.

Elsewhere in footwear, the Jordan Jumpman Pro has resurfaced in "Black/Varsity Royal."