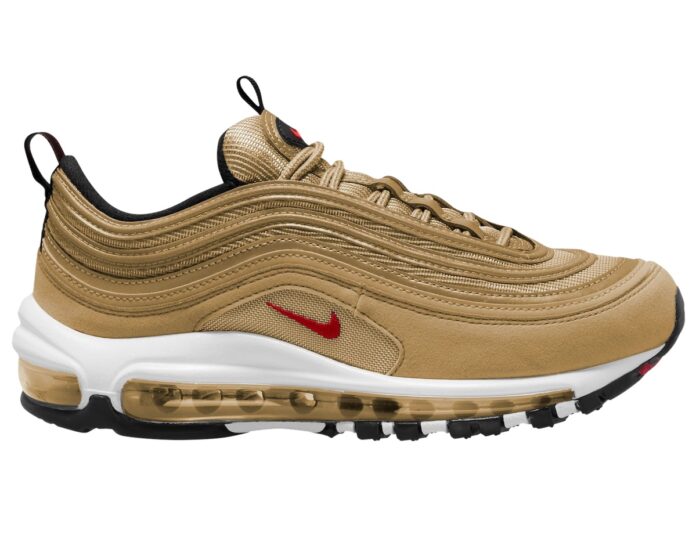 Good news for Air Max fans as word is going around the Nike Air Max 97 Gold Bullet will be getting the retro treatment in 2023.

Considered by many as the best colorway of the Air Max 97, the Nike Air Max 97 Gold Bullet (Metallic Gold) made its debut way back in 1999, while the last time we got a retro was back in 2017. If it remains true to the OG, the Nike Air Max 97 Gold Bullet 2023 will be done in a Metallic Gold, Varsity Red, White, and Black color scheme. Standout details will include the Metallic Gold mesh and leather upper, Varsity Red branding, 3M reflective detailing and a White midsole and Black rubber outsole. No images of the 2023 version have leaked, but below you will find images of the 2017 pair.

In Jordan Brand news, the Air Jordan 3 Dark Iris is on the way.

UPDATE (8/12): Here is a first look at the 2023 version of the Nike Air Max 97 Gold Bullet. The images you see below are said to be of the women’s version. A men’s version will also be releasing.