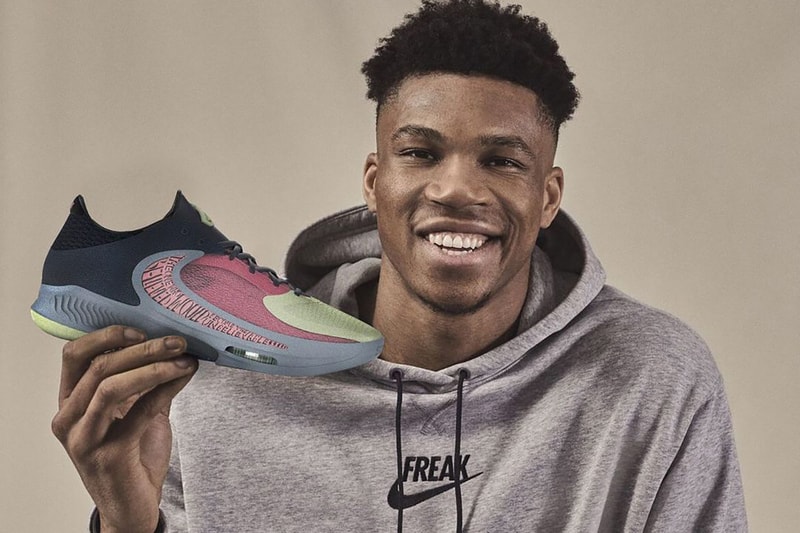 Giannis Antetokounmpo has officially stepped foot into the next phase of his journey with Nike Basketball and his new Nike Zoom Freak 4 has been officially unveiled. His newest signature shoe announcement lines up with the premier of Rise — a Disney+ film that depicts the one-time champion's entire life story from his humble beginnings to becoming one of the most dominant players the NBA has ever witnessed.

The "Greek Freak" has chosen to once again go with a lower profile for this new design. In a similar fashion to his inaugural Nike silhouette, Antetokounmpo brings back the oversized, reversed Swoosh logo, but instead plants it into the quarter panel. If you zoom in closer, you'll also notice that the check houses the phrase “The one who believed would become the unbelievable”. Other key tech specifications that are noticeable include the engineered mesh that makes up the upper build as well a sthe visible Zoom Air unit that is located on the forefoot.

According to early reports, a handful of colorways are scheduled to make their debut on August 5, but Nike still has to confirm this.