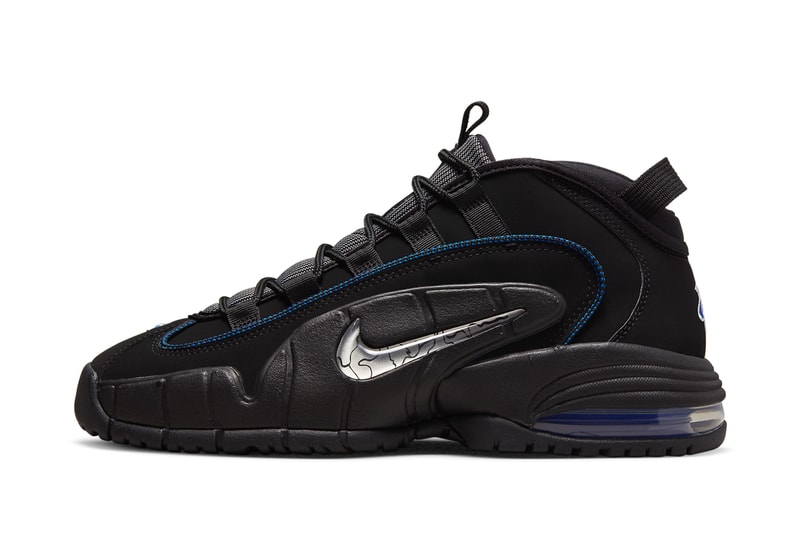 While Nike has certainly pushed the Air Jordan 2 this year, another model that has been a point of focus for the Swoosh is the Air Max Penny 1. Between a customizable collaboration with Social Status and a re-release of the OG "Home" colorway, the Air Max Penny 1 has picked up some momentum in 2022. Now, the past is revisited once more as Penny Hardaway's 1996 NBA All-Star Game kicks return again, last hitting shelves in 2014.

This primarily black colorway utilizes blue and silver accents to connect to Haradaway's team at the time, the Orlando Magic. Key detailing includes the nubuck upper and rubber sole unit with an Air Max unit resting at the heel. The aforementioned hits of blue land on the signature dotted linework, sockliner, Air Max unit and branding elements. Meanwhile, silver touches are included at the Swooshes, tongue and branding to complete the old-school look.

Expect the Nike Air Max Penny 1 "All-Star" to hit shelves in the coming months at a price of $170 USD via Nike and select retailers.

In other footwear news, the 30th anniversary of the Nike Air Flight Lite Mid is being celebrated with a new colorway.