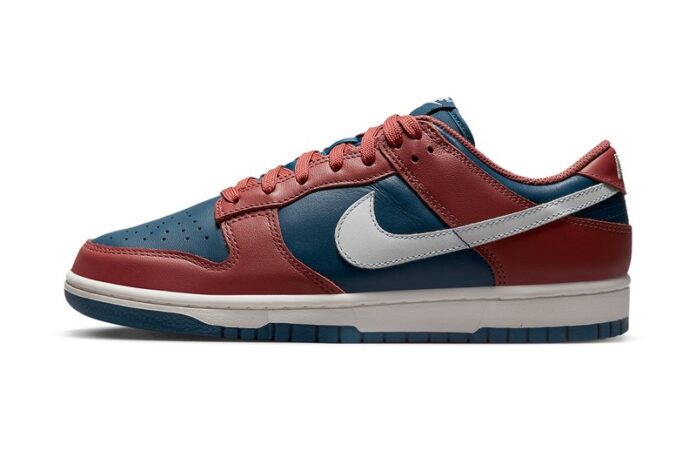 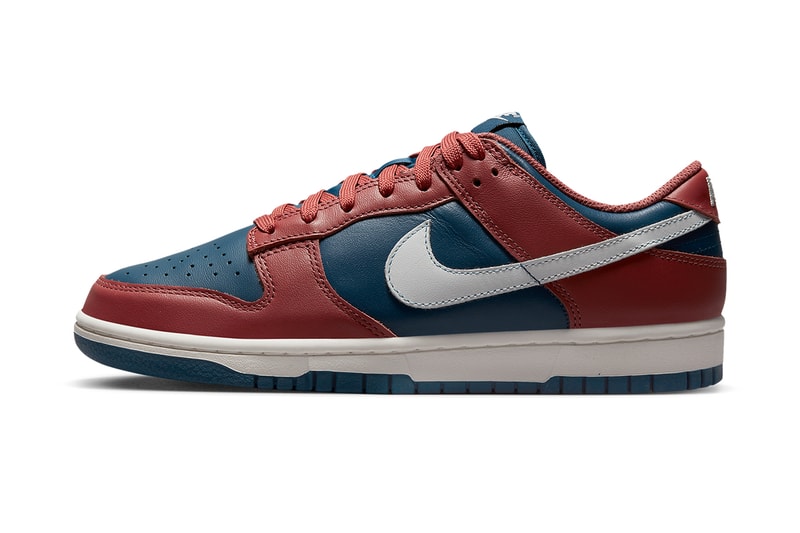 Due to the fact that the fall season has settled in and the colder months of winter are just around the corner, Nike is making it a point to manufacture fresh colorways that align with the seasonal transition. And one installment that falls under this category is this fresh Dunk Low makeup that comes prepared with "Canyon Rust" and "Valerian Blue" color-blocking.

Muted, warmer tones take charge on this street-ready offering. The traditional smooth leather constructions arrive on the top halves of these Dunks, and most of the ground is split between its "Canyon Rust" hue that styles the overlays and laces while its "Valerian Blue" tone outfits the toe boxes, quarters, tongues and collars. In order to spruce up its palette with more contrast, the Swoosh design team has sprinkled in notes of "Summit White" across the branded hits atop the tongues and heels as well as the Swooshes on the lateral and medial panels. Beneath all of that, a soft white color dyes the midsole units while more "Valerian Blue" covers the treading.

Nike and other retailers will launch these in the coming months.

In other news, Nike just unveiled an Air Force 1 "Beef and Broccoli" motif.