Nike Dunk Low Kentucky To Make A Return Next Month

The Nike Dunk Low “Kentucky” aka “Varsity Royal” has finally arrived at retailers, and it’s notably part of the 35th anniversary celebration of the Dunk silhouette. As suggested, this rendition of the model dons the team colors of the Kentucky Wildcats. White leather comprises the upper which is then offset by Royal Blue overlays, laces, tongue branding, Swoosh logos, and the rubber outsole. Finally, more white adorns the tongues, lining, and midsole to finish off the two-tone design.

Look for the Nike Dunk Low “Kentucky” at select Nike stores and online including SNKRS and the KicksOnFire Shop on March 14th, 2020.

For a complete guide including official photos, release dates, pricing and where to buy, visit: Nike Dunk Low Kentucky. 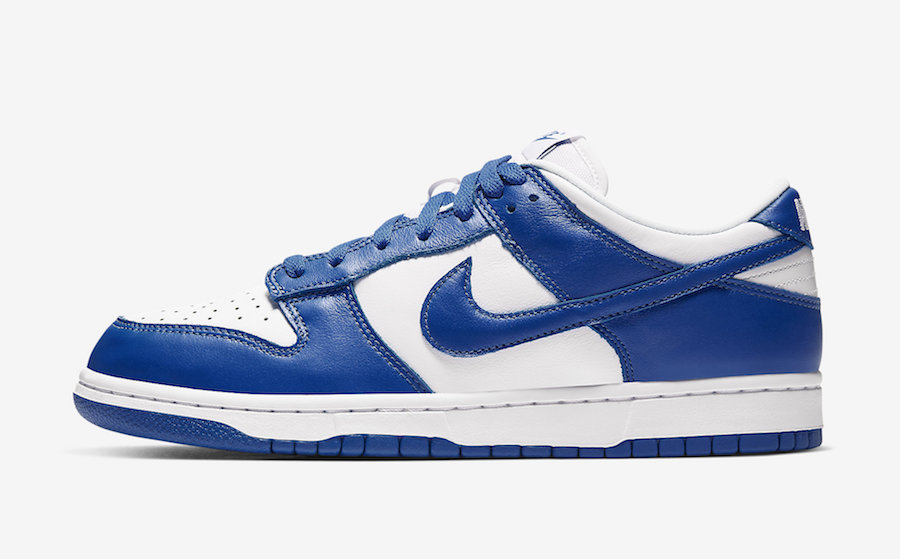