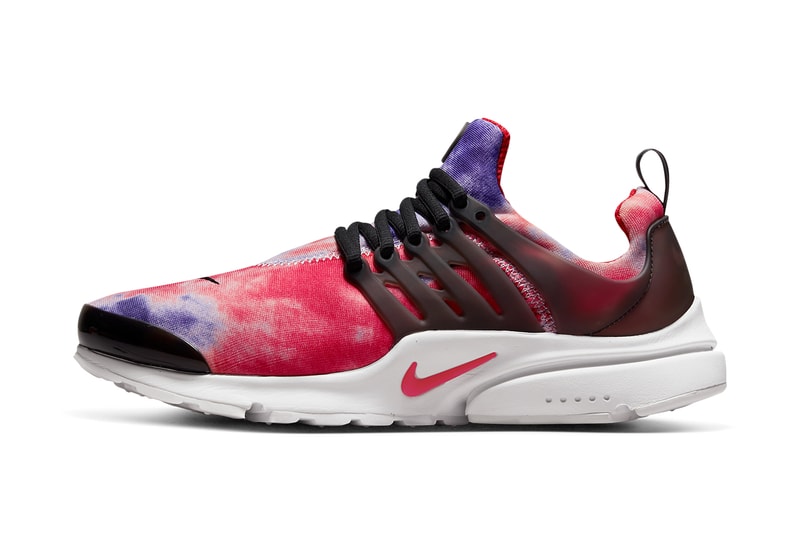 While Nike releases a wide variety silhouettes throughout each year, some shine brightest in particular seasons. With summer just around the corner, one model that often is dressed for the season is the Air Presto. Known for its slogan as "a t-shirt for your feet," the model has a history that includes notable collaborations with the likes of Off-White™, ACRONYM and most recently, Hello Kitty.

This time around, the Air Presto carries two "Tie-Dye" themed colorways. One opts for a tie-dye of purple and red shades on its neoprene upper while the other has more of a heatmap effect with its orange, yellow and teal look. Each are outfitted with a semi-translucent cage and toe cap standard to the Air Presto with the first colorway favoring black accents and the second going with teal. Both are equipped with a standard sole unit in all-white and white/off-white respectively to complete the duo.

No release information has been shared yet, however, expect these to hit shelves via Nike and select retailers later this year at a price of $130 USD.

In other footwear news, Nike gave the Air Presto a hypnotic colorway with bold branding.