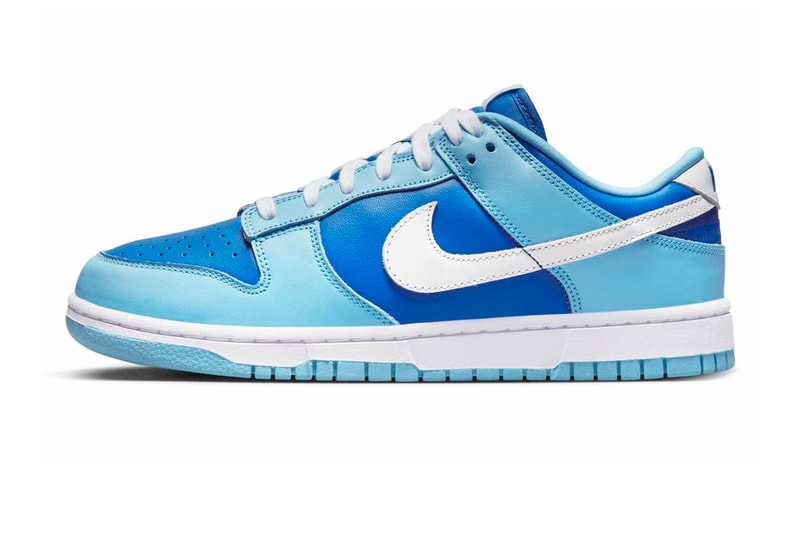 Nike's archival vault is filled to the brim with classic footwear colorways, and the brand has a penchant of reintroducing them when the time is right. With the new surge in popularity over the Dunk, the Swoosh has opted to take us back to 2001 and bring new life to its Dunk Low "Argon" colorway from the famed CO.JP series. Official images of the kicks have now been released so we can see a detailed look at all of its details.

For this 2022 retro, the Beaverton-based sportswear giant elected to bring back all of its original design cues. It's titular tone is highlighted on various areas of the upper such as the perforated toe boxes, tongues, collars and quarter panels while the neighboring overlays are dialed to a brighter blue shade. Crispy white accents also get time to shine on the base layer as they outfit the laces, tongue banners, Swooshes and heel overlays.

In case you didn't know, Union LA utilized this makeup as a muse for its recent collaborative Dunk Low collection that was released earlier in 2022. No release information has been announced by Nike at this time.

If you're on the hunt for more sneaker news, the Louis Vuitton x Nike Air Force 1 collection is dropping to the public on July 19.