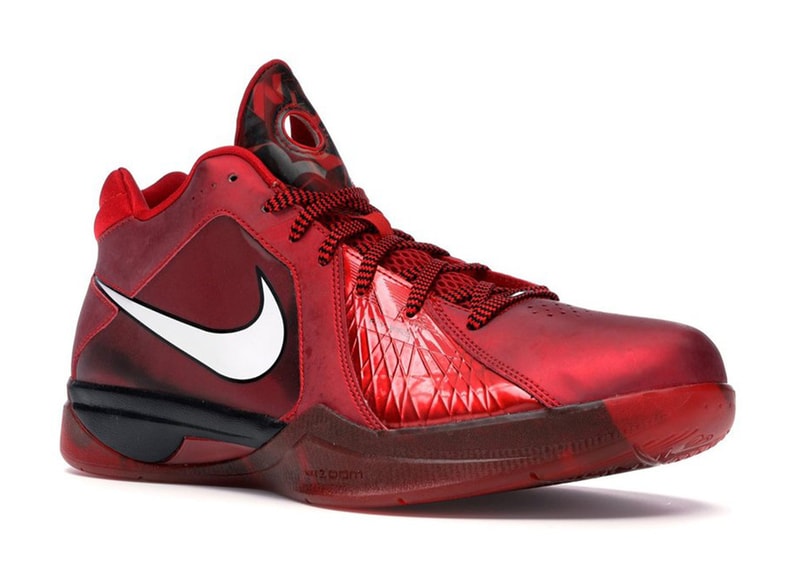 The Nike KD3 All-Star sneaker was first introduced in February of 2011 when it was worn by Kevin Durant at the 2011 NBA All-Star game. In that particular match-up against the LeBron James and the East, Durant dropped 34 points and went eight-for-eight at the free-throw stripe. The late great Kobe Bryant was also on Durant's team who scored 37 points.

The iconic silhouette turned heads back then, so Nike has decided to run it back once more. The style is being revived in the original Challenge Red, Black, and White colorway with exclusive KD branded tongues.

The KD3 All-Star sneaker consists of a combination of synthetic leather, mesh, and Flywire materials, and is finished off with white Nike swoosh emblems and black accents.

The sneaker will release this spring at select Nike retailers and on nike.com.