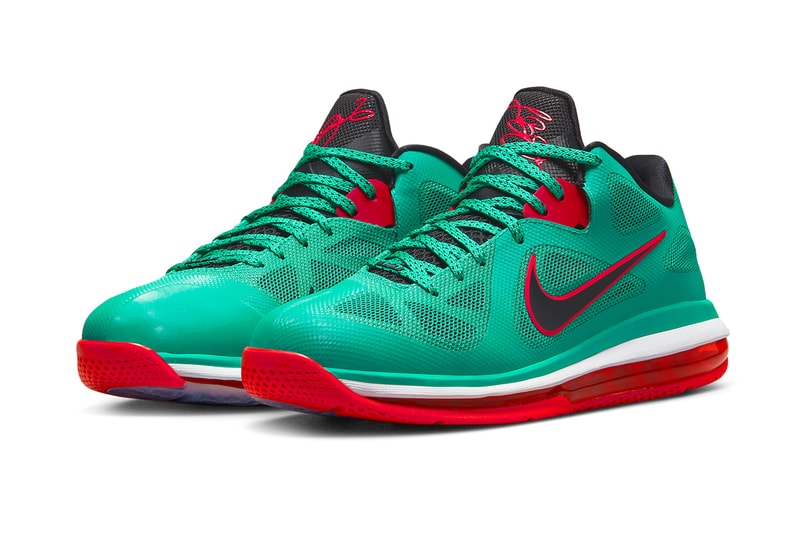 LeBron James already makes a staggering $41.18 million USD per year just from his salary from the LA Lakers, but his cash flow from his investments make his bank account balance soar even higher. One stake that has made the four-time champion a sizable amount of money is his investment in the Liverpool F.C., and Nike has opted to fashion a special Nike LeBron 9 Low colorway to honor that.

During Summer 2012, the Swoosh fashioned the NBA veteran a special Liverpool-themed colorway that appeared with the franchise's signature red and green color scheme. Fast forward 10 years later and this palette has just been flipped to form a brand new "Reverse Liverpool" makeup. The synthetic base structure has been mostly wrapped with a bold green hue while notes of red outline the Nike checks, splash onto the tongue branding and fill in the exposed Air unit down below. Adorning the diamond-shaped badge out back is the official emblem of Liverpool F.C.

There's no word on when these will be released by Nike yet but you can expect them to drop in the coming months.

For other news, be sure to check out the official images of the Air Jordan 36 Low "Light Orewood Brown."