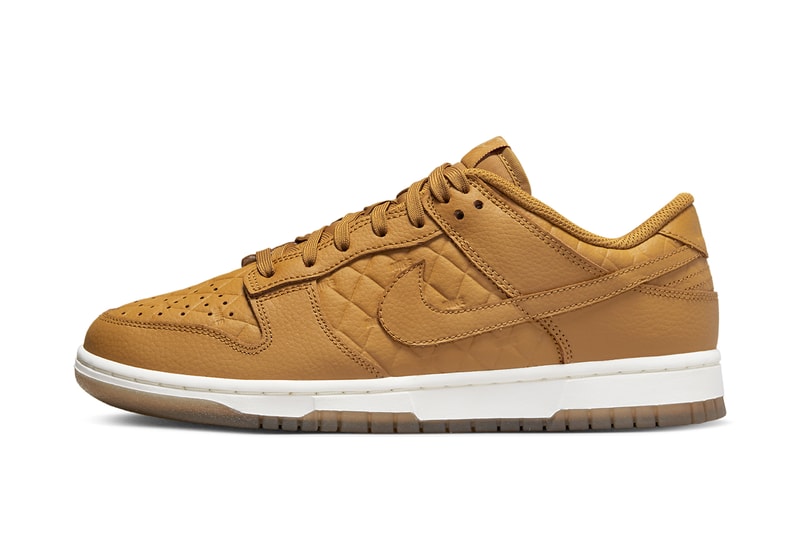 Yet again, Nike looks to the Dunk Low to experiment. Rather than keeping it simple with new color combinations found on pairs such as the upcoming "Valerian Blue," Nike has opted to introduce a new texture to the Dunk Low with the Quilted "Wheat" colorway.

As the Swoosh looks to the coming seasons, the Dunk Low Quilted "Wheat" offers a fall-ready look that stands out from its peers. One key element is the leather upper which utilizes a quilted pattern with debossed "NIKE" text throughout. The golden beige color, named "Wheat," covers the entire upper, including the Swooshes, laces, overlays and tongue. Then, a standard white midsole pairs with a translucent gum outsole to complete the look.

Nike has not yet shared any release information for the Nike Dunk Low Quilted "Wheat," however, expect it to hit shelves later this year via Nike and select retailers.

In case you missed it, we got a first look at the COMME des GARÇONS Homme Plus x Nike Terminator High during Paris Fashion Week Men's.